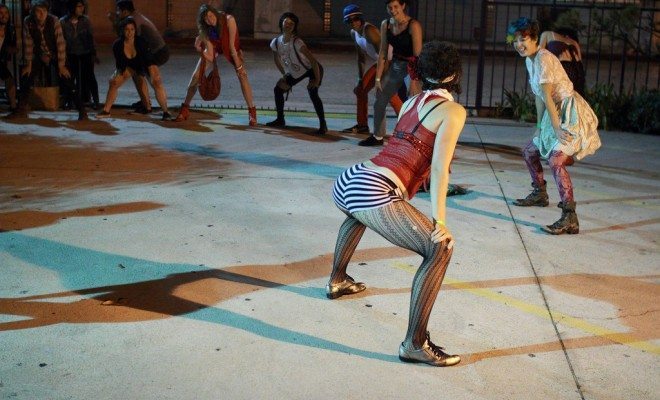 You Can’t Drink and Watch Someone Twerk in Mississippi

The Mississippi Alcohol Beverage Control board has a strict rule about liquor and adult entertainment: they don’t mix. This means no jägerbombs at a strip club, and no vodka sodas at any event they deem “sexual in nature.” The Mississippi ABC is very clear about its policy: in summary, no fun allowed.

This is a pretty hardline rule, intended to prevent sexual entertainment from becoming the booze-soaked mess it should by all rights be. The rule is being called into question after being invoked to cancel a twerk-centric concert by bounce star Big Freedia. The Mississippi ABC threatened The Dollar Box Showroom with fines and revocation of its liquor license if it featured Freedia’s show, due to “potential gyrating.”

Before we address the craziness of this law and its application, there are some questions to answer. Like who is Big Freedia and what is bounce?

Big Freedia, born Freddie Ross, is a hip hop artist hailing from New Orleans. Freedia is the biggest name in bounce music, and has helped bring the genre’s music and dance style to the masses. Rolling Stone even raved over her performance at SXSW in 2013, and that same year Big Freedia also set the Guinness World Record for most amount of people twerking simultaneously.

As for bounce music, the simplest way to describe it is that it’s really, really fun. Check out this video for an example of the dancing associated with bounce, and you’ll see that it’s high-energy, fast-paced, and a far cry from the feeble shakes of Miley Cyrus and the like. The dance is a long-standing element of New Orleans hip hop culture, and has been traced back to dance traditions from sources as varied as Haiti’s gouyad, Jamaica’s whine, and the Ivory Coast’s mapouka–all part of the African diaspora.

The reason that the Mississippi ABC interfered with Freedia’s show at The Dollar Box Showroom in Hattiesburg, Mississippi, is that her performance is considered to be “adult entertainment,” and sexual in nature. In one of the most hilarious interviews in recent memory, Mississippi ABC’s Chief of Enforcement Rusty Hanna explained, “You can’t wear a thong. You must keep the cleft of your buttocks covered, and you cannot simulate a sex act.”

This is bogus for two reasons. Not only because the law is a pretty dumb one, but, moreover, that it’s unevenly enforced. The ABC hasn’t taken this kind of stand against a Beyoncé, Miley Cyrus, or Rihanna concert, all of which feature a heavy dose of hip gyrations and sexually charged dancing. Plus, Freedia’s twerking isn’t designed to titillate a passive viewer like stripping or lap dances. At a Freedia concert, the audience is all twerking along, and attendees are invited to join Freedia on the stage. It’s celebratory and appreciative in a way that a strip performance is not.

I’ll admit a degree of bias towards the free enjoyment of bounce music and the associated dance. I had the pleasure of attending a Big Freedia concert in Washington, D.C., and it took me hours to wipe the smile off of my face after Freedia had left the stage. Not once was I disturbed by a buttock cleft or a sex simulation. So why have the good people of Mississippi been deprived of that joy? Freedia’s not sure why:

“I’ve been there numerous amounts of times already, so I’m not sure who’s pulling this cord or what’s going on up there. But my legal team will be taking action. It’s sad that the fans in Mississippi could not get to see me and indulge and have fun like we normally do. I just played at the Mississippi Coliseum with Lil Wayne and Young Jeezy.”

Many suspect, however, that Freedia’s recent involvement with the Beyoncé song “Formation” may have made her a target for law enforcement officers. Freedia offers backing vocals on Beyoncé’s song about her proud southern black female identity, contributing with her unabashed celebration of southern food. Freedia raps,

I did not come to play with you hoes, haha
I came to slay, bitch
I like cornbreads and collard greens, bitch
Oh, yes, you besta believe it

It’s hard to believe that Freedia’s contribution to Beyoncé’s song could be taken as a criticism of the police, but Beyoncé’s music video and subsequent Super Bowl performance caused a political stir among some groups. Freedia’s association with that Beyoncé song could be the reason she’s under further scrutiny.

If Mississippi is going to stand by a law that prevents someone from drinking liquor while they watch a person strip, they should at least recognize the difference between “adult entertainment” and a dance with strong cultural ties designed to celebrate heritage and inspire bodacious fun.