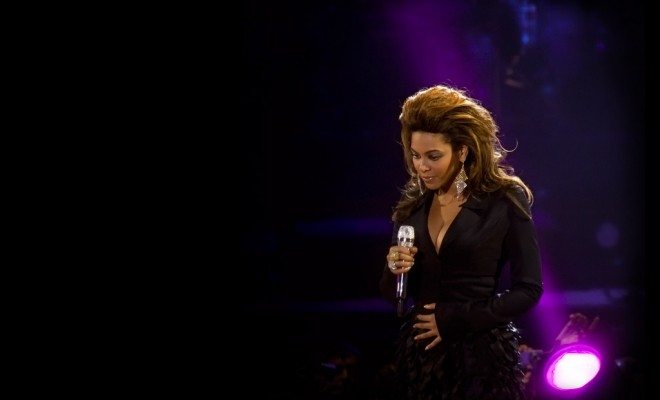 In case you hadn’t heard from the overwhelming amount of posts dedicated to them, the MTV Video Music Awards happened on Sunday. I, along with millions of other pop-culture followers, tuned in to watch the usual shenanigans of the music industry’s most famous and most notorious. As predicted, there was twerking, flashy costumes, lip-syncing, wardrobe malfunctions, laughter, tears, tripping, and Moonmen. Basically: all the things that forever have me questioning why I watch this nonsense in the first place.

But then, two things of note happened. The first, out of all the unlikely sources, came from the Artist Formerly Known as Hannah Montana.

When her name was announced as the winner of Video of the Year (for “Wrecking Ball”, naturally), Miley Cyrus sent up a man named Jesse in her stead. Jesse took out some cards and began speaking. What followed was surprising and heart-wrenching:

“My name is Jesse and I’m accepting this award on behalf of the 1.6 million runaways and homeless youth who are starving, lost, and scared right now. I know this because I am one of these people.”

Visibly nervous, Jesse went on to explain, through constant cheers from the audience, how you could go to Miley’s Facebook page and donate money to help homeless youth in America. I was extremely impressed with this gesture from Miley, as she is now utilizing her substantial fan base to raise awareness and funds for an important cause.

The VMAs were far from done, though. Before the night was through, another celebrity chose to use her VMA performance as a loudspeaker for one of my favorite subjects: feminism. Enter Beyonce.

Like every Beyonce performance ever, she had intense dance moves, sparkly costumes, and so-so vocals. But her music is not why we are here. No, THIS is why we are here:

In a world where feminism is still (somehow) misunderstood, one of the most popular musicians of our generation declared herself a feminist. That’s not all. Before lighting up “FEMINIST” in big letters, we heard the words of Nigerian author Chimamanda Ngozi Adichie:

“We teach girls to shrink themselves, to make themselves smaller. We say to girls, you can have ambition, but not too much. You should aim to be successful, but not too successful. Otherwise, you would threaten the man…Feminist: a person who believes in the social, political, economic equality of the sexes.”

If you haven’t already, listen to the rest of this woman’s wise words. The entire speech can be watched here. Go ahead, watch. I’ll wait.

So Beyonce not only declared herself a feminist, she defined what feminism truly is and did it in front of millions of viewers. I gave her a standing ovation right in my living room. Yet, in spite of all the truth she used her performance to convey, she is still getting negative feedback:

If Beyoncé is a feminist then I think it’s a very cheap and easy sort of feminism she’s flogging. Not really my thing.

If Beyoncé has taught us anything, it’s that strip clubs need 10′ tall “FEMINIST” signs

Beyoncé, you’re not a feminist. You sing the lyrics “If you liked it then you should have put a ring on it”. That’s the opposite of feminism — Ryan Travers (@ryantravers) August 25, 2014

Thanks to @Beyonce I learned tonight that requiring female back-up dancers to dry hump everything in sight is #Feminism. Empowering! #VMA

why can’t Beyoncé make her mind between feminism and female objectification though — Matt Gehring (@mattygehrbear) August 25, 2014

See anything wrong with these? You should. All of them perpetuate a view that someone can somehow demonstrate “incorrect” feminism or that they aren’t “feminist enough.” Really? When feminism’s definition was literally spelled out in front of you?

“Feminist: a person who believes in the social, political, economic equality of the sexes.”

How much clearer can you get? Beyonce performing sexually suggestive routines and songs does not mean she cannot call herself a feminist. Anyone who says otherwise is drawing attention away from the fact that she used her considerable influence to get across a feminist message. For that, we should applaud her. Luckily, most everywhere you look, praise for her VMA performance far outweighs the ridicule and misunderstanding. There is hope for humanity yet!

If nothing else, what should come out of both Beyonce’s and Miley’s demonstrations at this year’s VMAs are more celebrities supporting good causes. When they have such large followings, why wouldn’t they? So Beyonce, Miley: you two keep doing you.