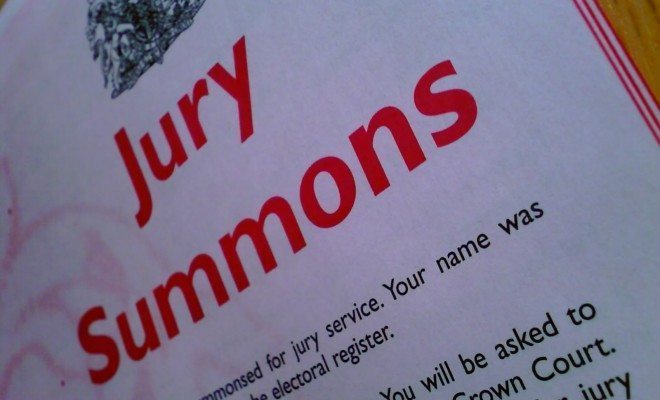 “American Crime Story” Wants A Good Jury, Not A Fair One

The “Trial of The Century” is beginning—but to put on the show, you need an audience. That’s the role of jury selection—a process of making logical decisions about illogical things. It’s a racist, sexist, and biased part of the trial because the lawyers have to anticipate the racism, sexism, and biases of potential jurors. As a lawyer, you want to include jurors who are sympathetic to your narrative, considering factors like their sex, race, and marital status. Episode four of “American Crime Story” fills the 12 front-row seats for the nationwide event.

The jury analysts contacted in O. J. Simpson’s case give simple advice: listen to the data rather than your own ethics. For someone like Marcia Clark, who strives to be racially fair and unprejudiced in the workplace, this advice may be hard to take to heart. Ordinarily, a woman being told to soften her appearance by dressing more femininely and changing her haircut would reek of workplace sexism. But in this case, it may be the only way Clark can get the jury on her side. As long as sexism and racism exist, the law will have to react to these very real prejudices.

“American Crime Story” paints Marcia Clark’s underestimation of race and its influence on the trail as her biggest mistake. She ignores what the focus group tells her about her poor rapport with black women because she has had great experiences with black-majority juries before. She’s content to allow the defense’s selection of black jurors because she sees them as logical and reasonable individuals. When her colleague accuses defense lawyers of playing the race card, our attention shifts its focus. At that point, the episode’s other central theme comes to a head—just who is in charge of O.J. Simpson’s defense team?

The dream team that we watched assemble in the previous episode is turning out to be a bit of a nightmare. They’re still a supergroup a famous and successful lawyers, but there’s only room for so many big personalities at the defense table. There are many rational reasons to debate whether Johnny Cochran or Robert Shapiro should be the lead attorney. Shapiro started with the case, knows O.J. personally, and has invested significant effort, time, and money into his strategy. He’s also known as a settler, and at one point proposes that O.J. adjust his charges to manslaughter and hope for a lighter sentence.

On the other hand, we have Johnnie Cochran who is the total opposite of a settler. He comes alive in the courtroom, persuading juries and presenting the facts like no one else can. He’s a showboat, but prosecutors are right to be scared of his dedication and savvy. The decision between these two attorneys didn’t exclusively come down consideration of their talent. In large part, Cochran was chosen because he is black and will be able to relate better to the jury.

The police department begins to bend to the same pressure when District Attorney Garcetti suggest that they spice up their lineup with a black attorney as well. Marcia Clark shows both heart and cunning when she chooses this as the opportunity to recognize Christopher Darden, who had previously been overlooked for his effort.

Because so much of this episode, and the show in general, is centered on Marcia Clark’s humanity working against her, it’s easy to miss that the show has some heart. In Murphy’s previous work, such as the early seasons of “Glee,” the show excelled when exploring an emotion plainly and honestly with no sense of bombast or pandering. These moments were rare but touching. In this episode of “American Crime Story,” we explore the tragedy of a double homicide without the lens of irony. Meeting the father of Ronald Lyle Goldman and seeing how completely torn apart he is by the death of his son affects us. It shows us how the media obsession with the case’s drama and intrigue can cause real damage to the people affected. This show of unrestrained emotion helps to counterbalance the show’s habit of indulging the pulpy and fun aspect of the case.

Ronald Lyle Goldman’s father at his funeral and seeing how completely torn apart he is by the death of his son affects us. It shows us how the media obsession with the case’s drama and intrigue can cause real damage to the people affected. This show of unrestrained emotion helps to counterbalance the show’s habit of indulging the pulpy and fun aspect of the case.

The good news is the Kardashian children did not make an appearance in Tuesday’s episode. The bad news is that the material that replaced it was still over-steeped in irony and cheekiness. Episode four chronicles Faye Resnick’s “authorship” of a tell-all Nichole Brown Simpson biography in pure Ryan Murphy fashion. Actress Connie Britton hamming up her chance to play the “bad girl” so much that the scene can’t be deemed kosher. Resnick’s book did play a part in the voir dire process, but there are dense sections of the episode in which Britton’s monologs about Nicole and O. J.’s intimate past. Murphy can’t resist giving you the saucy details and then reminding you over and over how saucy they are.

Episode four of “American Crime Story” walks the fine line between what is ethical and what is effective. Clark’s team of prosecutors are focused on doing what is right while Simpson’s defense team is focused on whatever method will actually work. I suspect we’ll see the prosecutors fall further and further from their position on the moral high ground, as they find themselves unable to compete with their opposition’s cutthroat willingness to do whatever it takes to win. We already know how this ends—the ‘bad guys’ win. And we’re beginning to see the prosecution’s confidence chipping away.