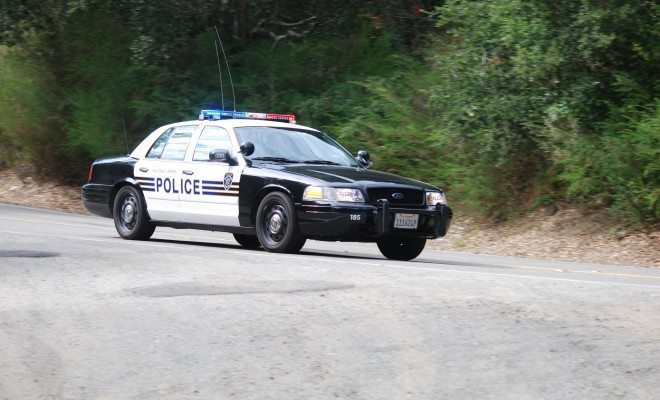 If you had asked me yesterday about O. J. Simpson’s breaking-news car chase in 1994, I could have probably told you that he drove down a Los Angeles highway in a white Ford Bronco, with officers in hot pursuit. I bet if you asked my parents to describe the same event, they’d paint a picture much closer to the events in episode two of “American Crime Story: The People v. O. J. Simpson.”

They’d mention how everyone was glued to their televisions, that the news networks all broke away from their scheduled programming for the live chase. They’d know that the chase was more of a motorcade, as the LAPD kowtowed to the demands of Simpson, who had a gun to his own head in the backseat of the car. They’d add that for six hours, the question of life or death for the actor and athlete was up in the air. Before watching “American Crime Story,” I knew none of these details, as many people my age fall into an O. J. knowledge gap that I mentioned when I covered the first episode of the series.

I was very skeptical when I heard that “American Crime Story” would weave real footage from the news into its dramatization. It could’ve been exploitative, dragging unsuspecting bystanders back into the fray, and might lend undue credibility to the drama’s version of the events. After watching two episodes, I’ll admit I was wrong. The footage is seamlessly integrated with the fiction, and I think it was the only way to give me some understanding of how it must have felt to watch the chase live.

Seeing Tom Brokaw and Bob Costas announcing the chase and read the news as their younger selves was also momentarily off-putting. It’s like seeing a young photo of Maggie Smith or Joe Biden–we understand that all older people were once young, but it’s still bracing to actually see their younger self. Being able to recognize the newscasters makes the viewing experience more immersive.

As for the part where we see the tiny Kardashian kids watching their father read an apparent suicide note on television; to me, the children chanting “Kar-da-shi-an!” breached the limits of the narrative–winking a bit too strongly at the modern audience, who might feel as though the television is constantly chanting “Kardashian” at them today.

Still, the Kardashian connection may become more meaningful if the show bridges their fame with the rise of 24-hour media and the dawn of reality TV. For months, The O. J. arrest, trial, and verdict dominated newspapers, magazines, and especially television. One character in “American Crime Story,” a television producer, said it best when he demanded that ABC’s feed change to the Bronco chase: “O. J. is news, entertainment, and sports.” This perfect storm of America’s obsessions: celebrity, race, crime, and politics set the fuse for the explosion of constantly breaking news and national television moments. Remember, this is well before “American Idol” capitalized on the unifying nature of live television.

And of course, the topic of race is discussed further in this second episode, as we meet Christopher Darden’s family and friends. They’ve got their television out by the pool, and they’re discussing the favorable treatment Simpson receives. “When he got rich, he became white” one character added. “The police are chasing him—he’s Black now!” another retorts. It’s curious to see the intersection of wealth and race in Simpson’s case, especially considering that most of the victims Black Lives Matter focuses on belong to a lower socioeconomic class.

Johnnie Cochran wastes no time in excusing Simpson’s actions by placing them in the context of race relations between the black community and the LAPD. Cochran evokes the story of Leonard Deadwyler, a black man who was shot while speeding his pregnant wife to the hospital. The series walks a fine line, as the defense’s claim of police racism is weakened by the fact that most Americans believe O. J. Simpson committed the 1994 murders. As the show moves into new territory, especially the specifics of the trial, we’ll see whether “American Crime Story” treats the defense’s case as a smokescreen or a real social injustice.