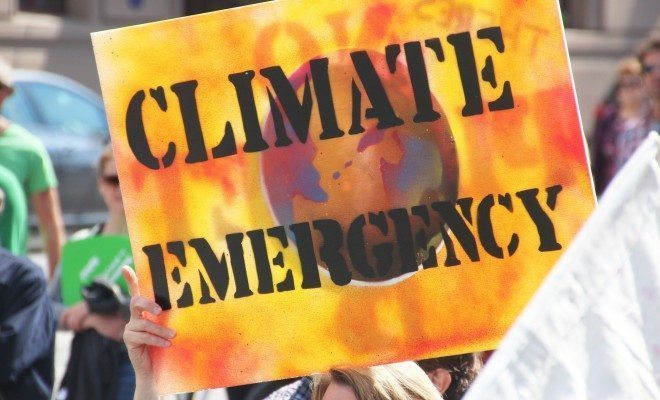 Young People Are Suing the Federal Government Over Climate Change

Twenty-one young people are suing the federal government over climate change–and according to a recent ruling from a federal judge, they’re allowed to continue with the suit.

The 21 plaintiffs range in age from 8-19 from across the United States, and the lawsuit is being supported by an advocacy group called “Our Children’s Trust,” based in Oregon. The ideal endgame of the kids’ lawsuit would be for the federal government to come up with a concrete plan to fight climate change. They’ve filed petitions in every state, but it was the one in Oregon that a federal judge is allowing to move forward. Federal District Court Magistrate Judge Thomas Coffin, wrote:

The nascent nature of these proceedings dictate further development of the record before the court can adjudicate whether any claims or parties should not survive for trial. Accordingly, the court should deny the motions to dismiss.

If the allegations in the complaint are to be believed, the failure to regulate the emissions has resulted in a danger of constitutional proportions to the public health.

The next step for the lawsuit is for another judge to review it, but Our Children’s Trust appears to be optimistic that it will be able to move forward.

The plaintiffs rely heavily on the concept of the public trust doctrine in their lawsuit. Essentially, the public trust doctrine is what allows the government to own certain resources for public use–for example the Great Lakes. The plaintiffs are arguing that the climate and atmosphere should be treated the same way. Additionally, the plaintiffs argued that their constitutional rights were being infringed upon. A press release from Our Children’s Trust reads:

These plaintiffs sued the federal government for violating their constitutional rights to life, liberty and property, and their right to essential public trust resources, by permitting, encouraging, and otherwise enabling continued exploitation, production, and combustion of fossil fuels.

So while there’s no guarantee this lawsuit will move forward, it will be one to watch.

Anneliese Mahoney
Anneliese Mahoney is Managing Editor at Law Street and a Connecticut transplant to Washington D.C. She has a Bachelor’s degree in International Affairs from the George Washington University, and a passion for law, politics, and social issues. Contact Anneliese at amahoney@LawStreetMedia.com.
Share:
Related ItemsClimate ChangeEnergyEnvironmentFederal GovernmentFossil FuelObama