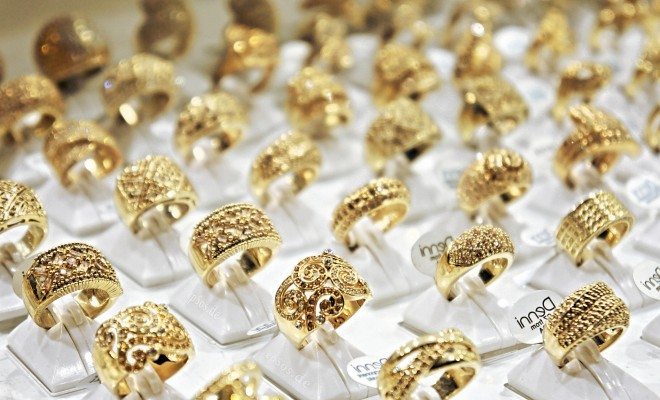 Is the World Running Out of Precious Metals and Gems?

On a chilly morning in early 1848, a member of a surveying team stands ankle deep in a small stream in Upper California. Noticing some shiny specks at his feet, he picks one up and stares as it glitters yellow in the sunlight. In the world famous gold rush that followed, prospectors early to arrive were able to literally pick up handfuls of gold from the riverbanks. As 49ers swarmed the West Coast, they eventually had to resort to sifting, and by the end of the rush the only gold that remained had to be mined and blasted out of the mountains using heavy machinery and corporate funding. Now some projections suggest that a global scale version of this phenomenon is drawing near, as the Earth is running out of gold and other metals and minerals so highly prized by our society.

Goldman Sachs suggests that there are only twenty more years worth of mineable gold, diamonds, and zinc, and forty years of platinum, copper, and nickel. The quality of the metals and the yields per ore discovery have also declined significantly in the last half century. So what might some consequences be? The gold mining industry will be hard pressed to maintain its profit margins if there is less and less to find, and there may be increased competition to find what does remain. Naturally, the prices of gold could rise exorbitantly.

The United States economy has been off the gold standard for quite some time. Gold crowns in our teeth can be substituted with other materials. There are many other uses for gold, including medicine, aeronautics, and electronics. But it is not the only material that can serve these purposes; it is replaceable for almost any desire except for aesthetics. The aesthetic value is really the only reason that we keep it around.

Gold is only valuable because we say so. Whether it regards the gift (or curse) of King Midas, huge piles of gold bars stashed in a hidden cave in the desert, or a pirate’s chest overflowing with coins, we have been producing imagery glorifying gold and telling ourselves stories about it for millennia. A perceptive episode of The Twilight Zone, “The Rip Van Winkle Caper,” tells the story of a group of bandits who put themselves in suspended animation for one hundred years under the assumption that upon reawakening, the value of their recently stolen mounds of gold will have increased by a tremendous amount, allowing them to live like kings. As characteristic of the show, twists ensue that demonstrate how the value we place on gold is a cultural construct rooted in time and place.

The striking death mask of the legendary King Tut. Courtesy of Bjorn Christian Torrissen via Wikipedia

Diamonds are also among the most highly coveted objects on Earth. In this case, the global cache is actually quite far from drying up. Rather, this industry is dominated by corporate control and its imposition of artificial scarcity. Several particularly large and powerful diamond companies have corked the bottleneck where diamonds enter the distribution channels. By opening and closing the gates as they see fit, they control the amount of diamonds that enter the market, enabling them to drastically increase the going rates for the stone; the rarity that consumers perceive is fabricated. Because of this concept, arguments that diamonds are running low are relative.

Though it has been an ever improving process for over two decades now, the man-made manufacture of diamonds is a growing industry and controversy. They are literally grown in ovenlike contraptions. This is not comparable to costume jewelry, which is fake. These are real diamonds produced under artificial circumstances. This is the second reason why diamonds are not necessarily running out. Yet the process has met much criticism, suggesting they are still not real diamonds because they did not come out of the Earth itself. They are not the “stuff of stars”; the remnants of the dense cores that blew out into the Universe in a fantastic supernova. They lack the mystique that makes a diamond truly valuable and beautiful.

A man-made diamond. Image courtesy of Steve Jurvetson via Flickr.

On the other hand, we have heard a lot about “blood diamonds” and the extreme violence and poverty in Africa and elsewhere that results from the diamond mining process. Horrific slave-like conditions exist where people are forced at gunpoint to spent a prodigious amount of time, after being poorly fed and sleeping in insufficient facilities, to dig and sift through the muck. They are beaten and harassed, and have no way out or future to look forward to. If they are lucky enough to find a piece of the rock, they receive a pathetically small payment, especially when compared to what it will eventually sell for. This industry often purchases weapons and fuels gruesome civil wars in turbulent African nations. Even when restrictions on blood diamonds are made clear, smuggling of the product from unregulated countries across the border into the more heavily monitored ones occurs relatively openly. Presumably the industry is simply too profitable to effectively curtail in the name of human rights. Flooding the market with those synthetically produced, or, “cultured” diamonds, could in part serve as a means of addressing this series of problems.

Once more, as with gold, our interest in diamonds is largely a cultural construction. A pair of striking tales from recent history highlight how entire societies can be sucked in. The mammoth diamond corporation De Beers went on a media and marketing frenzy in the United States in the 1930s, introducing the diamond ring as the central element of an engagement and a symbol of the relationship, sexuality, and commitment. Now most people would agree that a proposal is incomplete without one. The diamond trend even caught on in Japan, where there had previously been very little cultural significance given to diamonds.

Gold, diamonds, and other shiny things that we like may or may not become more difficult to come by in the near future. Purchasing these items are based on the ways we think about ourselves, our societies, and our environments. For better or worse we ascribe aesthetic or monetary value to things that might not deserve it, and then we must pay the price.