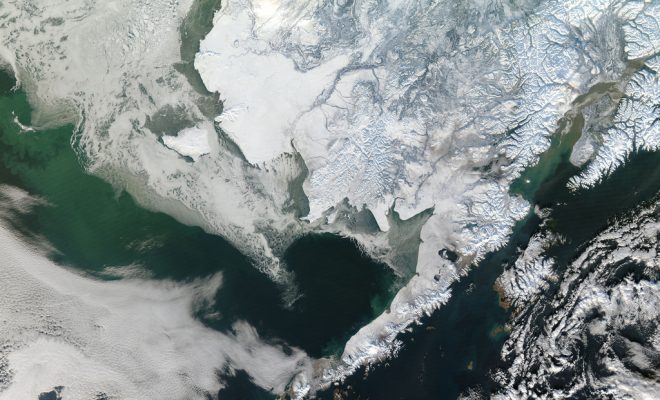 The Weather Channel decided to strike back at Breitbart News after it published a not-so-accurate article claiming that climate change is a hoax last week, and used a Weather Channel clip to back up the piece.

In the Breitbart piece, the writer, James Delingpole, claimed that increasing temperatures over the past few years are only due to El Nino and that global temperatures have plummeted since the middle of 2016. He also wrote that the “alarmist community” has been quiet about this, mostly because “lefties” get their information from “unreliable fake news sites like Buzzfeed.” Along with the text, there was a video clip from the Weather Channel featuring scientist Kait Parker talking about how the phenomenon of La Nina will bring cold air to the U.S. this winter. That detail is true, but that doesn’t mean climate change is not real.

Seeing this, the Weather Channel tweeted a chart about global temperatures from the past 50 years and told Breitbart to stop using its video to mislead Americans.

Note to @BreitbartNews: Earth Is Not Cooling, Climate Change Is Real and Stop Using Our Video to Mislead Americans https://t.co/ipP0fD2BEg pic.twitter.com/ypSMJ4eML6

How is it that The Weather Channel has more balls than most of the mainstream media? https://t.co/PxYwsllwhG

On its website, the Weather Channel called the Breitbart article ”a prime example of cherry picking, or pulling a single item out of context to build a misleading case.” Temperatures dropping globally for a short period of time doesn’t mean climate change isn’t happening. In fact, temperatures typically drop after a strong El Nino. Kait Parker pointed that out in a video clip specifically aimed at responding to all of Breitbart’s false claims in its article.

Parker also called out the U.S. House Committee on Science, Space, and Technology, which tweeted a link to the Breitbart piece as if it was true, captioned, “Icy Silence from Climate Alarmists.”

The committee is a governmental body with jurisdiction over a bunch of scientific areas, such as environmental, marine, and astronautical research. But its chairman is a well-documented climate change denier, Congressman Lamar Smith. The tweet prompted a perfect response from Bernie Sanders.

Where’d you get your PhD? Trump University? https://t.co/P5Ez5fVEwD

Parker finished her message to Breitbart by saying, “finally, to our friends at Breitbart: The next time you write a climate change article and need fact checking help, please call. We’re here for you. I’m sure we both agree this topic is too important to get wrong.”

On Wednesday, Breitbart News hit back by calling the Weather Channel statement an “Argument from a Pretty Girl” that is “engaging in agenda-driven politics.” It seems like they missed the facts that Parker has a degree in Atmospheric Science and that climate science is not politics–it’s science.

Emma Von Zeipel
Emma Von Zeipel is a staff writer at Law Street Media. She is originally from one of the islands of Stockholm, Sweden. After working for Democratic Voice of Burma in Thailand, she ended up in New York City. She has a BA in journalism from Stockholm University and is passionate about human rights, good books, horses, and European chocolate. Contact Emma at EVonZeipel@LawStreetMedia.com.
Share:
Related ItemsBreitbart NewsClimate ChangeClimate Change DenialKait ParkerLamar SmithThe Weather ChannelTWC