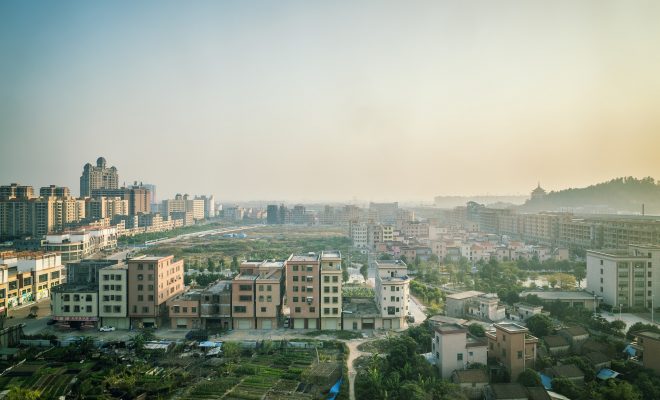 "The Air Pollution" courtesy of Pingz Man; license: CC BY 2.0

What can cause miscarriages, early delivery, diseases that account for 10 percent of deaths in children under five, and harm children’s brain development?

And it’s getting worse. According to a new report by UNICEF, 300 million children live in areas where the air they breathe is “extremely toxic.” And this causes almost 600,000 children to die from different diseases that are either caused or aggravated by the polluted air. On top of that, millions of kids suffer from respiratory illnesses that not only affect their breathing and physical conditions but also their mental health.

Through use of satellite images, UNICEF found how the air these 300 million children breathe exceeds international guidelines for acceptable outdoor air pollution by at least six times. Another two billion children live in areas where the levels exceed the guidelines by a lesser amount.

Indoor pollution is worse in rural areas, where the burning of solid fuels like coal, or the use of wood for cooking and heating is common. Mold, bacteria, cleaning chemicals, and hazardous building materials are also problematic in these areas, while outdoor pollution is more common in urban areas due to exhaust fumes, the use of fossil fuels, and big industries. Needless to say, both kinds of pollution are worse in developing countries and poor communities, where the means or knowledge to use environmentally friendly options are limited.

Children are generally more susceptible to air pollution since their lungs are still developing. They breathe faster than grown ups, and take in more air relative to body weight. Since they are developing and growing, their brains and overall immune systems are also more vulnerable. The worst conditions are in South Asia, with 620 million children exposed to toxic air, closely followed by Africa with 520 million.

Air pollution is a major contributing factor in the deaths of around 600,000 children under five every year – and it threatens the lives and futures of millions more every day. Pollutants don’t only harm children’s developing lungs – they can actually cross the blood-brain barrier and permanently damage their developing brains – and, thus, their futures. No society can afford to ignore air pollution.

UNICEF is now urging all countries and world leaders to make an effort to meet the World Health Organization’s guidelines for air quality by investing in renewable energy sources and cutting back on harmful fossil fuel. It is also important to make sure kids have access to healthcare and that they are not exposed to other sources of pollution such as factories. To enhance air is to protect children. And both are equally important to our future.

Emma Von Zeipel
Emma Von Zeipel is a staff writer at Law Street Media. She is originally from one of the islands of Stockholm, Sweden. After working for Democratic Voice of Burma in Thailand, she ended up in New York City. She has a BA in journalism from Stockholm University and is passionate about human rights, good books, horses, and European chocolate. Contact Emma at EVonZeipel@LawStreetMedia.com.
Share:
Related ItemsAirAir PollutionChildrenDeveloping CountriesHealthReportToxic AirUNICEFWHO