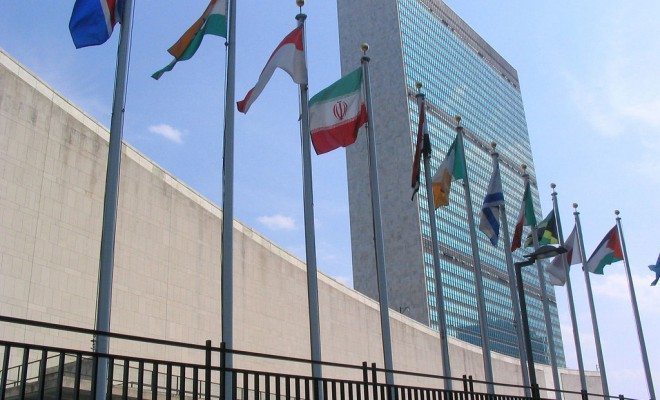 The UN Validates Climate Change in New Report, Now It’s Up to Us

Recently the United Nations made a series of declarations regarding the validity of climate change, its causes, and necessary measures to mitigate it. The Intergovernmental Panel on Climate Change released a very large “synthesis report,” a product of analyzing tens of thousands of scientific papers. The report covers all aspects, addressing atmosphere and emissions, oceans and sea level, air temperature, water cycle, and many other components of environmental systems. It goes over the changes to each over the last 150 years or so, and produces conclusions as to what induced those changes. Being that the report ultimately concludes that many of these concerns are products of human activity, it goes beyond being a summary of information and warnings, and provides many recommendations as to what needs to change and what measures ought to be taken to answer these warnings. These thoughts are more succinctly presented in the shorter summary for policymakers.

Among the conclusions therein, the most prevalent is probably the projections for changes in global temperature. If we continue on this course, by the end of the century the temperature could rise from 3.7-4.8 degrees Celsius from what it was before the Industrial Revolution. Since variation in global temperature of one or two degrees can result in radical and violent weather patterns, these numbers could presumably result in catastrophic changes to the climate and Earth. Deniers propose that these projections, and the evidence of rising temperatures in the past several centuries, might not necessarily be the result of human activity but rather an indication of general shifts in the Earth’s climatological patterns. For example, starting in the 1300s AD, many parts of the world–particularly in the Northern Hemisphere–experienced a Little Ice Age. Definite conclusions as to the causes of this phenomenon are still incomplete, but proposals range from general rises and falls within the Earth’s patterns to changes in solar or oceanic behavior.

During the Little Ice Age, temperatures dropped by about 1.5 degrees Celsius. The most notable consequence that resulted was major damage to agriculture and resulting famines. What kinds of consequences could there be for a temperature change of double that in the opposite direction as the IPCC proposes? The lesson that the Little Ice Age teaches us is that regardless of whether climate change is a result of human activity or not, it is clearly real and has dire consequences for human civilization if we are not prepared for it.

Supposing that it is in part due to human activity, the discussion on rising temperatures inevitably leads back to emissions and energy. The point of no return is a 2 degree Celsius increase, according to the report. After this point, damage to the climate and Earth could be irreversible. Governments and industries ought to set emissions standards so as to keep the rise in temperature from passing this marker; however, in order to do so we have less than forty years to reduce greenhouse gas emissions by 70 percent, and even further by the end of the century. These are very imposing numbers, and many fear that the existing financial structures cannot accommodate these objectives and the necessary changes to be made. On the other hand some feel that we should be more motivated to pursue these goals, not just because of the impending disasters but because energy-efficient systems are financially advisable.

There are many arguments that the economic infrastructure for renewable energy is already in place, and pursuing those courses is not only environmentally friendly but financially advisable because it would pay for itself in a short amount of time. This report should provide the impetus for making a more wholehearted attempt at transitioning to a substantial degree to these other options.

It is generally accepted that the Dust Bowl was largely a result of environmentally unfriendly agricultural practices. Did we require over half a century to reach this consensus? This framework can be applied elsewhere, as we consider unnatural elements of “natural disasters.” Hurricane Katrina and Superstorm Sandy have often been named in this debate. A heat wave that hit Europe in 2003 claimed 70,000 lives. As the report suggests, time to act is running out. These concerns are not ones to be dealt with solely by governments and world leaders; the threats of climate change pervade the globe and affect all people. We can all improve the decisions we make and the ways we live our lives, and advocate more vocally for positive change.