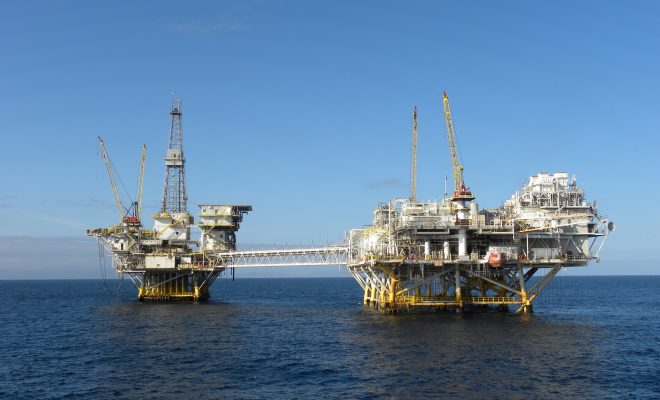 Reversing what President Barack Obama did to protect federal waters only four months ago, President Donald Trump on Friday signed an executive order to expand offshore drilling in the Arctic and the Atlantic Oceans. The order also looks into the possibility of drilling in current marine sanctuaries in the Pacific and Atlantic, and halts the creation of any new sanctuaries.

Trump claimed that this order will help America on its way toward becoming energy independent. Increasing the use of domestic energy was one of his campaign promises. He said energy independence would create job opportunities.

However, while Trump’s order is meant to increase the use of fossil fuel and get coal jobs back, China is further developing its use of renewable energy sources. A new research report published this week shows that wind and solar power in China could attract as much as $782 billion in investments between 2016 and 2030.

The BP oil rig disaster in the Gulf of Mexico in 2010 is often recognized as the worst oil spill in U.S. history; it claimed 11 human lives. The environmental fine BP had to pay, $18.7 billion, could not undo the impact it had on the environment and wildlife. But in his new order, Trump asks Interior Secretary Ryan Zinke to repeal some of the safety rules that were implemented after the disaster, as he believes they are “burdensome regulations that slow job creation.”

At the very end of his presidency, Obama used a little known law from 1953 to block further drilling for fossil fuel in the Arctic and Atlantic Oceans. He ordered a freeze of fossil fuel exploration in 98 percent of federal waters, or 115 million acres, off the coast of Alaska, and restricted drilling in 3.8 million additional acres. Environmentalists cheered the decision.

I joined 27 Senators to call on Trump to protect our coastlines from #OffshoreDrilling & today I’m taking this fight to the #Senate floor pic.twitter.com/owZczcTMj2

In no point in history has a president challenged another administration’s permanent withdrawals. Trump’s action could set a dangerous precedent, which will only undermine the powers of the office of the president.

Trump signed the order on his 99th day in office. He has signed more executive orders during his first 100 days than any other president.

Emma Von Zeipel
Emma Von Zeipel is a staff writer at Law Street Media. She is originally from one of the islands of Stockholm, Sweden. After working for Democratic Voice of Burma in Thailand, she ended up in New York City. She has a BA in journalism from Stockholm University and is passionate about human rights, good books, horses, and European chocolate. Contact Emma at EVonZeipel@LawStreetMedia.com.
Share:
Related ItemsBP Oil SpillEnergyEnvironmentFossil FuelGasoffshore drillingOilPresident Donald TrumpPresident Obama