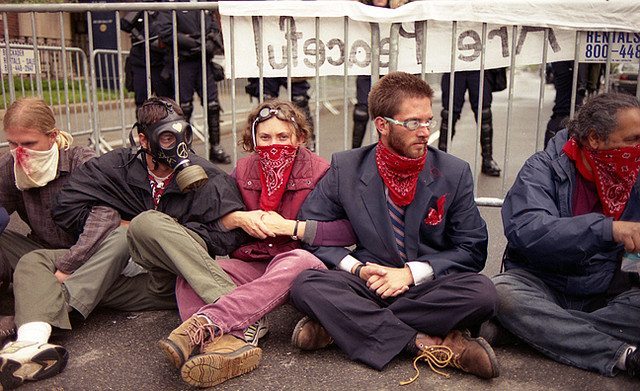 The entire environmental movement can be partly attributed to Rachel Carson’s 1962 book “Silent Spring.” Her revelatory research shocked the world in its vivid and ominous accounts of the agriculture industry and the use of pesticides–DDT in particular. The damage to the environment and human health that these things may induce terrified readers and rallied a series of organized movements to raise awareness, address these concerns, and campaign for improvements in these sectors. But toxins and threats to our health endure, and in many other forms.

While DDT itself is now rare in 2015, there is a plethora of pesticides, insecticides, fungicides, and other chemicals that are sprayed on crops in abundance. This series of practices has contributed in part to recent movements in favor of more organic foods, grass-fed beef, locally raised products, composting and rooftop gardens, and other methods that speak to a decentralized, localized, and more natural approach to food production. Another potential means of addressing the need to grow crops while pressed to not use so many chemicals is by making changes to the DNA of the plant. For example, a strain of corn might have a gene introduced that makes it immune to a particular disease or attack by certain insects. Yet even in this arena, there is debate as to the healthfulness and safety of genetically modified organisms (GMOs).

Food itself is not necessarily the primary source of toxins in the food industry or elsewhere in our day-to-day lives. Recent questions have been raised about poly- and perfluoralkyl substances, or PFASs. These things do manifest themselves in the food industry, mainly as non-stick coatings as can be found in pizza boxes and teflon cookware. Fortunately, the latter product is on the decline. Yet PFASs are also used in carpeting, electronics, sleeping bags, footwear, and a massive assortment of very common products. You can see a more thorough list here.

This line of chemicals is important to making these products durable and useful over a long span of time. But it begs the question: must it necessarily be these chemicals in order to make these products viable? On the other hand, the health concerns are very recent and require much more research in order to determine the degree of their toxicity. Many questions are still up in the air. In the meantime though, some people question their continued use while the thorough answers are sought, considering that doubt has now been cast on them.

Some Studies suggest that these chemicals may linger in the bloodstream and contribute to the development of thyroid disease and kidney cancer. A doctor involved in this study explained that, considering some of these chemicals are related to others that are known to be carcinogenic, one must prove that they are safe before using them. Rather, we have already made the error of implementing them before we had enough information. In this sense, “innocent until proven guilty” does not apply; the product should be absolutely safe before it is used. While studies continue, experts suggest people try to avoid PFASs when possible. But considering how prevalent they are in the market, this is an immense challenge.

The food and consumer sector is not the only source of widespread and unavoidable contaminants. During the course of the several thousand nuclear bomb tests on the planet, particularly in the early stages of the Cold War, a heavily radioactive isotope called Strontium 90 was released in massive quantities. It seeped into the water, soil, and plants, and subsequently found its way into the bodies of human beings. There was so much of it released, it is widely argued that now there is a degree of Strontium 90 embedded in the bones of every human being on Earth, even the ones born long after the spike in nuclear testing ceased. Strontium 90 has been linked to various forms of cancer and leukemia. It is as if to say we have permanently poisoned ourselves and there is nothing we can do to remedy it.

While some of these issues are quite ominous because we are relatively helpless, hopefully some of the other toxic and unhealthy products and chemicals can be swapped for safer alternatives.

Franklin R. Halprin
Franklin R. Halprin holds an MA in History & Environmental Politics from Rutgers University where he studied human-environmental relationships and settlement patterns in the nineteenth century Southwest. His research focuses on the influences of social and cultural factors on the development of environmental policy. Contact Frank at staff@LawStreetMedia.com.
Share:
Related ItemsCancerChemicalsNuclear TestingPFASStrontium 90toxins