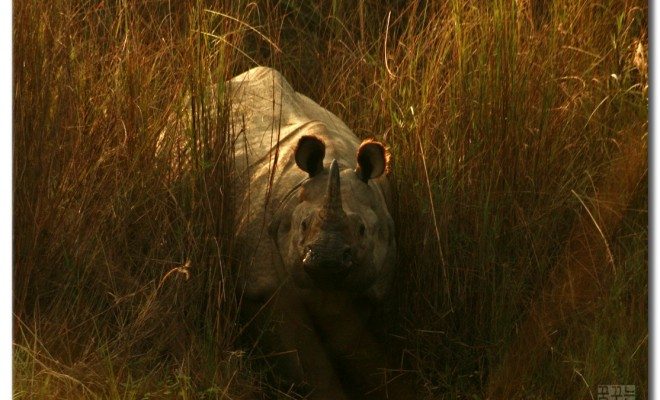 While climate change, habitat loss, and strains on food resources are all putting pressure on many forms of wildlife to survive, another human induced threat is direct action by way of poachers. Especially in parts of Africa and Southeast Asia, poaching is pushing already endangered animals such as the black rhino, elephant, and some big cats to the brink. Turbulent political situations and market demands further escalate the determination of those involved and the degree of their activity. Attempting to protect said animals will require more than raising awareness and implementing additional rules, rather, we need widespread alterations to value systems. However since there are so many factors involved that need to be addressed, any progress is desirable–during his notable recent visit to the United States, Prince William spent time advocating for wildlife conservation.

A city in Myanmar named Mong La, called by some a mini Las Vegas, is a haven for black market outlets and red light activities. In addition to gambling and prostitution, many endangered animals are desired in one form or another. Rhino horns are thought to have healing qualities, tiger parts are thought to be aphrodisiacs and increase virility, and bear claws, leopard pelts, and live monkeys are also common sights. These things have been the practice in the region for a long time, but recently it has worsened due to China’s economic expansion. A vast increase in members of China’s middle and upper middle classes has provided an enormous demand for these already extremely rare animals. Such people have cash to burn, and desire to spend it conspicuously on trophies, prestige, and lavish leisure.

Poachers cut up a kill. Courtesy of Rod Waddington via Flickr.

One does not need to be ethnocentric, insofar as declaring one’s own culture, values, and belief systems to be correct or superior to those of another. However there is no scientific evidence to support the theories that these animals provide the medicinal benefits that are claimed.

Yet this should not be the only factor in the issue. Individuals and societies should be allowed to exercise their cultures regardless of scientific validity. The Faroe Islanders, located between Scandinavia and Iceland, got into a scrape with Greenpeace over their Grindadrap, or Pilot Whale Hunt. Greenpeace made assumptions about the Islanders–that they were killing simply for the sake of it and in attempts to assert masculinity. This seemed pointless to them and Greenpeace advocated for an end to the hunting practices. However upon further investigation, many minute details regarding the Faroe culture and its relationship to the hunt were discovered. An aesthetic interest in whales was not sufficient to deny the Faroes the right to pursue these values. This conclusion became all the more prevalent when it was discerned that the Islanders were in fact going about the hunt in a sustainable fashion, and the pilot whale itself is not an endangered species. However neither of these two details are the case with regard to the poaching discussion at hand.

Currently the primary solution to the poaching problem is armed defense. Many African national parks employ heavily weaponized rangers to patrol and defend the borders. Often times firefights break out; there are often reports of poachers, and occasionally rangers too, getting killed in these conflicts. While this might help on a case by case basis, it does not stop poaching at the source. That is, it does not address the root motivations for poaching in the first place.

Poachers and Rangers are not the only ones engaging in armed conflict in the African national parks. In 2013, the two-year-old country of South Sudan erupted in civil war. Sudan is already known for hosting Africa’s longest civil war, lasting from 1983-2005. During that time, it is estimated that all but 5,000 of the country’s 80,000 elephants died. After the first war, elephants, giraffes, antelope, buffalo, and others were in a position to begin a recovery. Paul Elkan of the Wildlife Conservation Society’s South Sudan program explains that formal protection, ecotourism, and other programs were being established which could have aided these animals in returning to a healthy population. However with the onset of another war these systems collapsed. As a power vacuum has opened up in much of the region, there is little to stop poachers from running rampant. Furthermore, as combat spreads into the parks themselves, poachers are not the only threat to the animals. Commercial bush meat hunting to feed soldiers is a common occurrence during hostility.

The Duke of Cambridge is a longstanding advocate for wildlife conservation. While in Washington D.C. at the beginning of December, Prince William vocalized his intention to address the trafficking aspect of poaching, in an effort to work with transportation companies and international regulations on trade. Trying to cut the actual trade of the animals could reduce the level of poaching on site. This is just one of the many means by which Prince William hopes to improve the situation and spread more environmentally conscious sentiment across the globe. Being in an authoritative and high profile position, he continues to put his influence and altruistic intentions to productive use.

If the increased demand for these animals is in part a consequence of modernization, interconnected markets, higher income, and more leisure time for the societies in question, the interest in sustainability and environmental conservation should not be long to follow. If they could heed the Prince’s warnings and follow his example, we may be able to find effective and long lasting solutions to these problems.