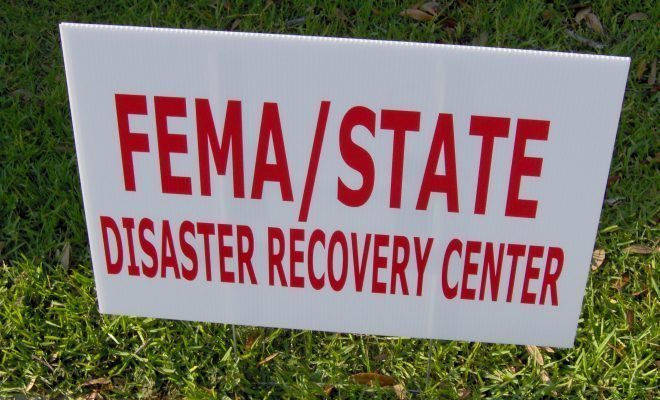 Needed: Mental Healthcare in the Aftermath of a Disaster

Thousands are homeless in West Virginia this week after torrential flooding that left at least 23 dead. Clay, Fayette, Greenbrier, Jackson, Kanawha, Monroe, Nicholas, Pocahontas, Roane, Summers and Webster counties were all damaged in the floods. Bodies were found days after the rains began, having been dragged miles from their homes by the rushing water. But for West Virginia, the reconstruction won’t just be physical, it will be emotional too.

Let’s start with the massive need for rebuilding–FEMA has already approved over $18 million in individual assistance for medical and housing support, but this is just the beginning of the disaster relief process. FEMA began by coordinating disaster centers and donation centers for those who lost their homes to the flooding but it will now need to provide temporary housing and unemployment benefits, assist with home repair, and provide low-cost loans to cover uninsured property losses. With over 4,000 flood victims registered to date, FEMA is looking at years worth of construction and economic assistance. If a similar natural disaster strikes other communities this summer, FEMA’s budget will be stretched thin. In the 2016 financial year, FEMA was granted $7.37 billion for the Disaster Relief Fund, a sum that seems somewhat less significant once we factor in that the Disaster Relief Fund is used not only for disasters that occur in 2016 but for the costs of past disasters as well, including Hurricane Sandy. West Virginia’s reconstruction has only just begun and there is no way to fix a deadline for when it will end.

But beyond the physical reconstruction, there is also a need for emotional support. In the wake of natural disasters, communities are more vulnerable to a rise in mental health issues. Consider that in the wake of Hurricane Katrina, a survey of 392 low income parents affected by the storm found that the prevalence of serious probable mental illness doubled and that nearly half the participants studied exhibited probable PTSD. The American Psychological Association operates the Disaster Resource Network, a group of approximately 2,500 licensed psychologists who work with the Red Cross to integrate mental health into disaster preparedness training, but with so many communities at risk, it is difficult to reach every town that is vulnerable.

FEMA’S Crisis Counseling Program (CCP) provides funding for a variety of counseling services, including both individual and group counseling, but there is no guarantee that the counselors provided will be able to work with victims of disaster indefinitely. Building trust and making progress with a counselor can take months or years, and with so few qualified counselors available to work in disaster areas, those who cannot seek counseling on their own dime may never return to counseling once the CCP grant runs out. In West Virginia, an economically disadvantaged state with one of the highest rates of unemployment in the nation, the likelihood of most flood victims being able to attend counseling without a CCP grant is almost nonexistent.

In a nation where communities are constantly grappling with floods, hurricanes, tornadoes and wildfires, FEMA’s work is never done. The agency has worked to transform itself, in a post-Katrina world, into an effective disaster relief agency that can anticipate every need of a community in its darkest hour. Yet FEMA is not beholden to stay in the community forever–it will rebuild and aid as much as it can, a process that may take years, but that does not undercut the fact that FEMA relief is only temporary.

The deeper effects on the community, particularly the scars left by grief and PTSD, last long after the aid money has run out. Organizations like Counselors without Borders are doing critical work in disaster scenarios but they do not have the resources or staff to reach every victim of every crisis. Individuals will play the greatest role in creating positive mental health in disaster communities. Trained counselors and psychologists can donate their time, volunteers can work on emergency and suicide hotlines, school administrators can strive to create safe spaces for students–this type of holistic, community-based dedication to protecting mental health can truly rebuild a town after it has been destroyed. However, when flood victims are focused on rebuilding their homes and businesses, these efforts can fall by the wayside—why focus on mental health when poor physical health is the greater threat to a flood victim’s immediate well-being? How can a community choose to spend money on group counseling for a family instead of spending that grant on rebuilding that family’s home? This is our next great challenge when dealing with natural disasters: making mental health as important as bricks and mortar.

Jillian Sequeira
Jillian Sequeira was a member of the College of William and Mary Class of 2016, with a double major in Government and Italian. When she’s not blogging, she’s photographing graffiti around the world and worshiping at the altar of Elon Musk and all things Tesla. Contact Jillian at Staff@LawStreetMedia.com
Share:
Related ItemsDisaster ReliefFEMAFloodFlood PreventionMental HealthNatural DisasterWest Virginia