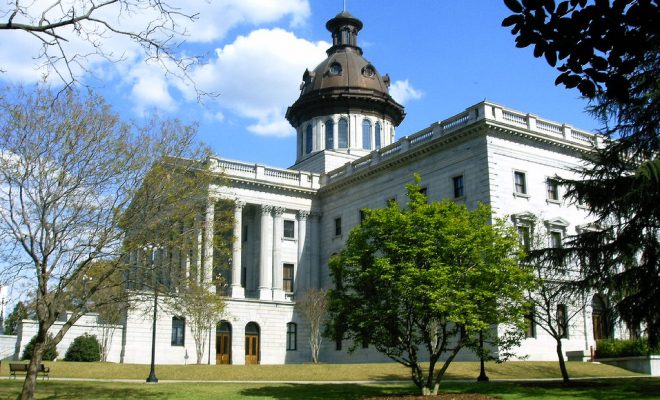 South Carolina recently passed a law that requires police officers in the state to undergo training to better recognize when a mental illness, not malicious intent, is behind a person’s actions. The legislation, passed unanimously by both chambers and signed by the governor in May, applies to all 16,000 officers, including corrections officers, in South Carolina.

Training in “mental health or addictive disorders,” as the law terms the newly required subjects, is already standard practice for 59 accredited police agencies in South Carolina. But for the remaining 240 or so agencies, the course will be added to the 40 hours of re-training officers complete every three years for recertification.

Supporters of the new training requirements say officers need to be equipped to deal with people whose actions can be ascribed to illness, not ill intent.

“Someone may be acting in a strange way,” said State Law Enforcement Division Chief Mark Keel, “and officers need to understand it’s not just out of meanness but someone has an issue going on and they need help — not necessarily jail, but a hospital.”

The legislation does not define the exact number of training hours officers are required to commit to mental health, nor does it outline what the course would include. Instead, the law says the course must be approved by the Criminal Justice Academy, which is working with the National Alliance on Mental Health to hammer out the details.

In its most recent training catalogue, the academy offers a course titled, “Law Enforcement Awareness for the Mentally Ill.” According to the course description, it will “help the first responder as well as the seasoned officer better understand what someone with a mental illness is dealing with.” The course will include “group discussions with mentally ill clients.”

According to a recent survey conducted by the Council of State Governments Justice Center, 41 of 42 states (eight states did not respond to the study) “have standards for mental health training.” State standards for mental health training, the survey found, are often instituted by a state’s officer training entity. Some states, like South Carolina, use the state legislature to pass legislation that addresses training.

South Carolina is no stranger to the problems that can arise when officers are not properly trained to spot mental illness.

In August 2010, Andrew Torres’ family asked three officers to come to his Greenville home, and enforce a court order that would commit him to a mental hospital. Torres did not willingly comply, and the officers tasered him (the exact series of events are in dispute). Torres, who had been diagnosed as schizophrenic, went into cardiac arrest, and died at a hospital. Torres’ family sued the officers, and in 2014 were awarded $500,000 for the death of their son.

The recently-passed bill, sponsored by Senator Vincent Sheheen (D-Camden), is meant to prevent such episodes from happening again. Sheheen recently said that if officers are not properly trained, a confrontation with a mentally ill subject “escalates to criminality or violence or trouble.” He added: “It’s not fair to law enforcement to put them on the street and not equip them.”

Alec Siegel
Alec Siegel is a staff writer at Law Street Media. When he’s not working at Law Street he’s either cooking a mediocre tofu dish or enjoying a run in the woods. His passions include: gooey chocolate chips, black coffee, mountains, the Animal Kingdom in general, and John Lennon. Baklava is his achilles heel. Contact Alec at ASiegel@LawStreetMedia.com.
Share:
Related ItemsMental HealthOfficer TrainingPoliceSouth Carolina