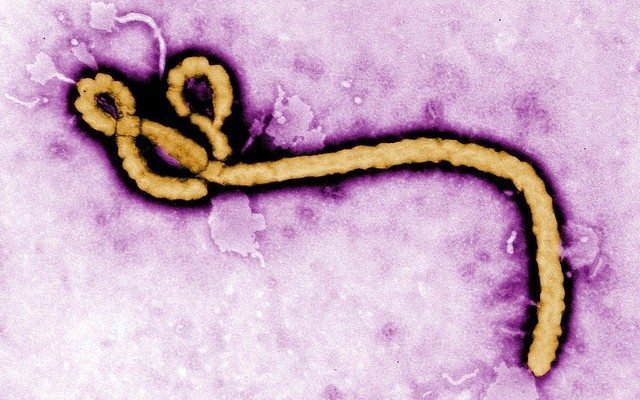 Mankind’s greatest enemy is not war or hunger but infectious disease. Throughout history it has cost countless deaths, and even in the twenty-first century our defenses against it remain limited. Above all, it is the threat of outbreak that unsettles us so; it is not just suffering and death, but fear. Whether it’s the Black Plague, Cholera, Spanish Influenza, H1N1, or Ebola, disease is a dark cloud looming over our lives.

Most of the microscopic killers with which we contend have been transmitted to us through animals. In the early ages of settled agriculture, close contact with domesticated chickens, pigs, cows, and others exposed humans to pathogens to which their immune systems had no previous exposure and consequently minimal means by which to combat them. There are two primary behavioral patterns of diseases. Some ascribe to the category of “chronic.” In this case, as geographer and ornithologist Jared Diamond explains, “…the disease may take a very long time to kill its victim; the victim remains alive as a reservoir of microbes to infect other[s]…” The other category is “epidemic.” In this case, Diamond continues, there might be no cases for a while, followed by a large number in an affected area, and then none for a while more. Such behavior is a consequence of the intensity of the disease’s manifestation; it strikes with such force that it basically burns itself out because the potential hosts all either die or become immune.

“Epidemic” is a widely feared term. Rather than consider the fact that they can and have been occurring on very small scales throughout human history, many people associate epidemic with things like the Black Plague in Europe, Smallpox in the New World, or a global zombie apocalypse. Since people naturally fear most what they do not understand, insufficient knowledge of disease vectors and behavior results in widespread fear and panic.

Ebola is a relatively late arrival on the scene. Originally suspected to be yellow fever, it was discovered in 1976 near the Ebola River in what is now the Democratic Republic of the Congo. Samples extracted from an ill nun who had been working in the region came to doctors and scientists in an Antwerp, Belgium laboratory. They eventually discerned that the infection behaved differently from what would be expected of the original diagnosis. After sending samples to the Center for Disease Control in Atlanta, their conclusions were confirmed and a new disease had been discovered. Shortly thereafter, another outbreak occurred relatively far away in Sudan. While knowledge of the initial source and starting location of the disease is still vague, it was determined that it had spread via unsterilized syringes and contact with bodies during funerals. Therefore a lack of knowledge of the nature of the disease lent itself to its spread.

Ebola in large dropped off the radar screen until the recent epidemic began in West Africa. Going hand in hand with lack of knowledge of the disease are incomprehensive and underdeveloped means of addressing it. On a recent edition of Global Public Square, the insightful international news show hosted by CNN’s Fareed Zakaria, international relations PhD Chelsea Clinton declared that the disease is spreading exponentially, necessitating exponential containment measures. This is very difficult to achieve, due to the poor technological and economic infrastructures of the region. As Dr. Paul Farmer — another guest on Zakaria’s show — expanded, the Liberian healthcare system is also very weak. Liberian Foreign Minister Augustine Ngafuan detailed how Liberians have deeply ingrained burial practices that involve close contact with bodies; this is an important aspect of cultural values in the region and not easily relinquished in the face of something that foreign experts, much less locals, barely understand.

Globalization and increased interconnectedness between individuals, societies, and locations has exacerbated the rate at which diseases spread. Many Americans cried out when infected aid workers were brought home to be treated. Appropriate measures were taken in this instance, with sanitary transportation vehicles bringing the patients to the Emory hospital in Georgia. Due to its affiliation with the CDC, this is one of the few facilities truly equipped to accommodate infectious diseases of this nature. Both those patients recovered, though they would likely have died if they were forced to remain in Africa. The situation was handled intelligently and effectively, without resounding negative consequences. Yet the outcry and fear demonstrates people’s lack of knowledge and tolerance of the unknown and perceived dangers. This was in fact the first occasion in which Ebola was present on American soil.

The situation changed with the death of Thomas Duncan. Having arrived from Liberia in late September, Duncan provided a new first by being the first patient diagnosed with Ebola in the United States. His illness was unknown during his transit, and so new fears arose as to the likelihood of Ebola crossing the ocean with traveler hosts. Now in a complete state of fear, Americans want more and more action taken in defense of the nation’s health, yet do not know what those measures ought to be because we do not know enough about the disease. Many airports have begun taking travelers’ temperatures. The CDC initially cited 101.4 degrees as the point at which one must be quarantined, but lowered it after some supposedly ill people were cleared. This demonstrates the uncertainty of the disease’s nature; in what ways does Ebola affect a person’s body temperature? At what point in their illness are they contagious? Is a body temperature an effective indicator of this? These questions have yet to be answered for the disease of whose existence we have known for less than 40 years.

Specialists clean up a Hazmat area, courtesy of sandcastlematt via Flickr.

The second set of problems that are causing fear are the alleged breaches of protocol that have enabled several other people to catch the disease in the United States. The Dallas hospital in which Duncan died was not equipped to handle this disease and consequently could not treat him effectively. Furthermore, the staff did not have the proper training insofar as interacting with Ebola, and this has been cited as the reason why nurse Nina Pham, who was treating him, became ill as well. A recent video surfaced wherein a patient is being transferred from one vehicle to another by four workers in “hazmat,” or hazardous material, uniforms. A fifth person, dubbed “clipboard man,” stands with them completely unprotected. Finally, CDC Director Dr. Tom Frieden has come under fire for making statements and then retracting them. Pennsylvania Republican Congressman Tom Marino has even called for him to step down. We have quickly forgotten, though, that in the early 1990s Frieden was instrumental in developing awareness and programs to combat a rising Tuberculosis epidemic in New York City. In addition to other stellar career highlights, Frieden is a highly capable leader experienced in engaging these concerns.

We are too wrapped up in fear of the unknown to do anything but demand immediate results. Ebola is a newcomer on the scene and will take some time to understand effectively. As we continue to discern our relationships with our surrounding environments, we do know that ebola is not nearly as contagious as other diseases. It requires direct contact with bodily fluids of infected patients. As we continue to learn how it works, and how our actions, societies, and cultures interact with it, we will become more effective at addressing it. In the meantime, we annually face airborne foes which are far more dangerous and contagious; do not forget to get your flu shot in the coming weeks.

Franklin R. Halprin
Franklin R. Halprin holds an MA in History & Environmental Politics from Rutgers University where he studied human-environmental relationships and settlement patterns in the nineteenth century Southwest. His research focuses on the influences of social and cultural factors on the development of environmental policy. Contact Frank at staff@LawStreetMedia.com.
Share:
Related ItemsAtlantaCDCCenter For Disease ControlDallasDiseaseEbolaEpidemicHealthcareInfectious DiseaseLiberiaTexasTom Frieden