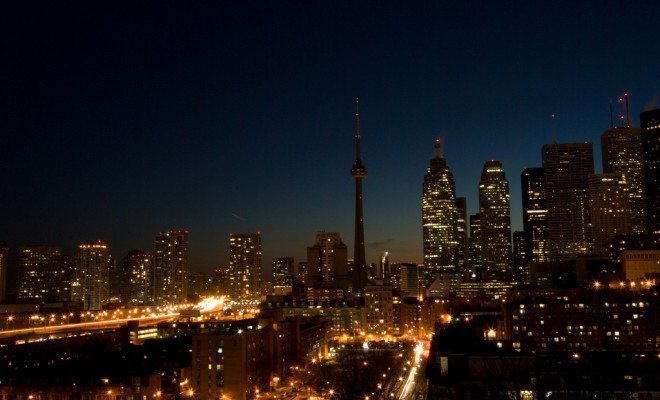 On Saturday, landmarks around the world shut off their lights for an hour to draw attention to climate change. The event was started in 2007 by the World Wildlife Fund (WWF), and has been held every March since.

This year, 366 landmarks participated in over 175 nations, including Big Ben, the Colosseum, and the Empire State Building. Each landmark turned off its lights between 8:30 and 9:30 PM in its respective timezone. Here are some pictures of the world’s most famous landmarks gone dark:

We’ve switched off the lights at Emirates Stadium from 8.30-9.30pm for #EarthHour pic.twitter.com/aLGbPTJEuk

The Eiffel Tower is switching off its lights to celebrate #EarthHour in @Paris. @WWF@RoyalSegolene@Anne_Hidalgopic.twitter.com/iYB8Kyn0mH

The CEO of the WWF, David Miller, explained the uniqueness of this year’s event:

This year, because the nations came together in Paris in December for the first time and agreed on a plan of action, I think the goal is not only to draw attention but also to celebrate the fact we’ve seen really important action on this critical challenge.

However, while the world may have seen increased action against climate change, we have also seen mounting reason to be concerned about the state of the world climate. According to the Independent’s Geoffrey Lean:

Last month, it was revealed on 14 March, was not merely the warmest February ever, but witnessed the biggest month-on-month jump in temperatures ever recorded – and by a big margin. Normally cautious climate scientists called it ‘jawdropping’ ‘terrifying,’ and ‘a true shocker.’

Worse, the previous record rise occurred just the month before, in January. This has been the warmest winter ever worldwide, and February was the tenth successive record-breaking month.

The photos of the Earth Hour are always striking, but it’s important that the event be paired with action that is more than just symbolic. Miller is certainly correct that we’re making progress, and a blacked out Eiffel Tower (and other landmarks) are great reminders that it’s paramount that we continue moving forward.

Anneliese Mahoney
Anneliese Mahoney is Managing Editor at Law Street and a Connecticut transplant to Washington D.C. She has a Bachelor’s degree in International Affairs from the George Washington University, and a passion for law, politics, and social issues. Contact Anneliese at amahoney@LawStreetMedia.com.
Share:
Related ItemsClimate ChangeEarth HourEiffel TowerGlobal WarmingWorld Wildlife FundWWF