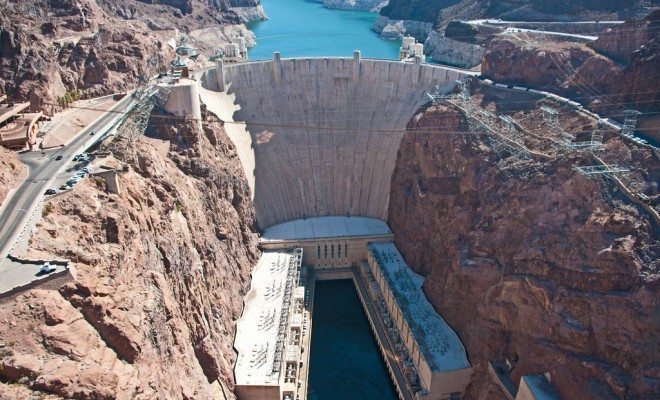 Despite Some Benefits, Dams are an Obsolete Energy Source

They used to be hailed as engineering marvels, as the triumph of mankind’s will and ingenuity over the forces of nature. They were symbols of national pride and strength, and epitomized the age of science and technology. Now they are valued as providers of renewable and clean energy. But dams actually cause environmental problems, and ultimately are not a necessary evil with which we must contend, as there exist alternative and preferable options.

The imposing Hoover Dam was a masterpiece when it opened in 1936. Nothing made a louder statement about the ability of Americans to band together and create something great in the midst of the Great Depression. The dam provided jobs and revenue, as well as power for the energy ravenous cities of Las Vegas and Los Angeles. All around the world a frenzy of dam construction ensued, as the answer to civilization’s rapidly rising energy demands. Yet time and again they coupled their energy yields with environmental damage, loss of aesthetics, and raised questions as to their overall necessity and usefulness.

A poignant example is the O’Shaughnessy Dam, completed in 1923 within the borders of the already established and protected Yosemite National Park. After the 1906 San Francisco earthquake, the urban water system was severely damaged and residents found themselves hard pressed to procure fresh water. In 1908 the Department of the Interior allowed the city to construct a dam in the Hetch Hetchy Valley, a picturesque portion of the park no doubt home to many forms of wildlife. The battle that ensued, spearheaded by the Sierra Club, ultimately failed and the dam was built. In no time at all, the reservoir that accumulates behind a dam came together, flooding the valley. It is widely believed that the burden of this fight and the pain of its failure sapped John Muir of his energy and will, passing away shortly thereafter.

The Hetch Hetchy Valley before. Courtesy of Isaiah West Taber via Wikipedia.

The O’Shaughnessy Dam exemplified a choice between the needs of the people and the aesthetics of the environment. However dams often threaten the actual health and condition of the environment, as well as people themselves. Dams and resulting reservoirs in India displaced 20 million people between 1947 and 1992. Environmental historian J.R. McNeil explains that many residents, especially more tribal ones who lacked the political power to make their voices heard, had to flee and became refugees as their homes flooded. Lands became waterlogged, areas suitable for cultivation were lost, and malaria spread. A series of Soviet dams literally dried up the Aral Sea. As a result, the temperatures during summer and winter became extreme as local climate deregulated. Less moisture and more salt on the wind and in the air meant that crops died, buildings began to corrode, and people experienced eye infections.

Dams are noted for blocking silt. The Aswan Dam brought to a halt the annual and predictable flooding of the Nile. The deposits of silt and nutrients on the nearby shorelines made the soil fertile and suitable for growing crops. The river, which gave rise to the great ancient civilization of Egypt over 5,000 years ago, died in 1970. The British had plans to build the dam in Ethiopia or Uganda, where the higher elevations and cooler temperatures would have made it more effective. But President Nasser, in an effort to create distance from the prior British rulers and seeking nationalist pride and recognition, demanded that it be constructed in his own country. The location of the dam, McNeil explains, is too far downstream; higher evaporation levels reduce its usefulness. Furthermore, directly impeding the Nile from flooding means that Egyptians must use chemical fertilizers, the desirability and consequences of which are problematic as well.

In addition to blocking silt and nutrients, dams block biodiversity as well. A call for the tearing down of a series of dams on the Susquehanna River, a tributary of the Chesapeake Bay, points out that the large migration of a species of herring has been largely impeded. As the author relates, “ladders” and “elevators” intended for the fish to bypass the dams have proven relatively unsuccessful. In the Pacific Northwest, this concept has taken its most ludicrous form yet in the manifestation of the “salmon cannon.”

Salmon are literally picked up by hand and loaded a few at a time into a tube that propels them over the dam so that they can continue on their migration driven by spawning. This process is not as desirable or realistic as some seem to think. Salmon migrate through these rivers by the millions; at the peak of the migrating season, there is little chance that cannon loaders will be able to send them all on their way. It is vital that they do so, as they contribute to a delicate ecological balance in the Pacific Northwest. Not only do they provide a vital source of food for bears and scavengers that pick at the leftovers, but fish dragged into the woods decompose and release nutrients into the soil; salmon feed the trees and contribute to the growth of the great dense forests themselves in the region. One should also consider how the salmon experience the cannon. While powering upstream and leaping waterfalls is an impressive and presumably trying feat, it is driven by instinct and part of the natural process of salmon life. Being handled by a human and barreling through a tube are not; it could be an extremely traumatic and shocking experience for the fish.

Although they provide renewable energy without emissions, dams are an unnatural construction. They are not comparable to the ones made by beavers; on such large scales, they literally block the natural course of environmental processes to a highly disruptive level. Low Head Hydro is a hydroelectric energy system that does not block the flow of a waterway in order to produce power. Solar and Wind continue to rise in desirability, effectiveness, and financial accessibility. Peaking in the early 1900s, dams are an obsolete power source that we can do without.

Franklin R. Halprin
Franklin R. Halprin holds an MA in History & Environmental Politics from Rutgers University where he studied human-environmental relationships and settlement patterns in the nineteenth century Southwest. His research focuses on the influences of social and cultural factors on the development of environmental policy. Contact Frank at staff@LawStreetMedia.com.
Share:
Related ItemsConstructionDamsEnergyEnvironmentHoover DamHydroelectric PowerRenewable EnergysalmonSiltYosemite