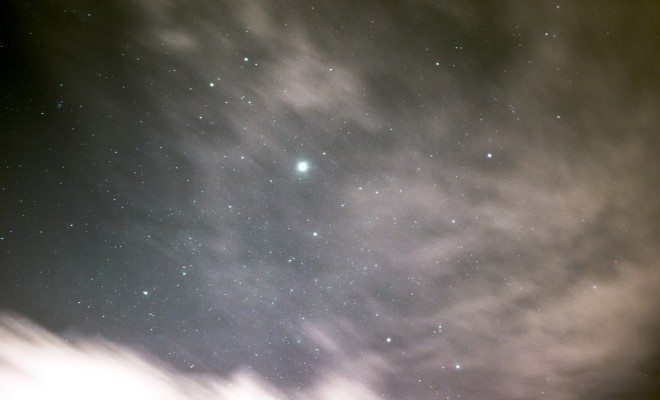 Comet 67P: Small in Size, Massive in its Implications

Stepping away from the Bedouin camp, I gingerly ventured into Israel’s Negev Desert. A sufficient number of yards out, the few lights emanating from the settlement had been reduced to a glow in the distance. Having grown up outside of New York City, the bright lights often projected a yellow-orange hue onto the night sky. Every now and then under ideal conditions, the nearest and brightest stars would puncture the cloak, enabling a view of the Big Dipper, Orion, and some others. But out in the Negev, the sky was unencumbered by such drapes and positively glittered. A pale band of light unfolded across the view, dividing the sky in half. This was the Milky Way itself; I was looking from the inside out with a horizontal view of one of the spiral arms of our galaxy. I stood there frozen in time, awestruck and amazed. Ever since human beings emerged from their caves we have stared at the sky and wondered. We have pondered what it is like out there, where we came from, and how to find out. In this amazing age of technology and intellect, we are finally in a position to start answering those questions.

The latest giant leap in the exploration of the final frontier occurred on November 12 when the Philae landing probe of the Rosetta spacecraft touched down on the surface of Comet 67P, 310 million miles away. After a ten-year journey, Rosetta and its components represent the first occasion of a man-made object rendezvousing with a comet. Launched by the European Space Agency, its mission is to answer questions such as, “What were conditions like at [the solar system’s] infancy and how did it evolve? What role did comets play in this evolution? How do comets work?”

Comets tend to be very old celestial bodies. Studying their composition and internal dynamics may shed light on what the composition of the solar system was during the early periods of its formation. Furthermore, some theories suggest that life on Earth arose as a consequence of comets, rich in carbon, passing by overhead and depositing the crucial element on the planet. Delving into the comet’s nature might help to understand if and which aspects of this assertion are reliable.

Some people criticize space missions in their entirety, questioning their purpose. General intellectual curiosity is one of the greatest attributes of human civilization; the ability to ask questions and seek answers is what makes us successful. In addition, the quest for intelligent life beyond our own atmosphere remains a productive cause. Regardless of whether one believes that there exist such entities or not, the only way to answer the questions is to try to find them. Some people are intimidated by the vast distances between points A and B in the galaxy and the immense amounts of time it takes to get there. The ten years required to make the Rosetta mission happen is a poignant example; however, we must remember that we are still at the early stages of space exploration.

As the renowned astronomer Carl Sagan pointed out, the amount of time required to travel from the Earth to another location in the solar system is comparable to the months or more necessary for European explorers in sailing ships to travel the local seas to the far reaches of the New World. In modernity, we hop these distances in no time at all. We stand at an early and exciting stage of space exploration, due to advance our civilization and guaranteed to become more seamless with time. We are, as Sagan eloquently put it, “on the shores of the cosmic ocean.”

Furthermore, as we continue to threaten the health of our planet and our own existence therein, it might be wise to seek contingency plans. While it is a valid criticism that the search for “earth-like” planets is a narrow-minded quest for intelligent life, as there might exist other forms of life which do not require air to breathe or water to drink or are not based on carbon. We know what humans need to survive and so seeking out celestial bodies of this nature can still be to our benefit. While the idea of needing to abandon Earth because we pushed it into an inhospitable state is deplorable, it is a harsh reality for which we should not be unprepared.

On the other hand, this sounds like a get out of jail free card; we can do as we like with the Earth because we will have other places to go once we wreck it. This does not teach us to change our ways and be more responsible, as does the urgency of a one planet, one chance concept. It undercuts the entire concept of sustainability; no longer would we think of the Earth as a closed system in which it is necessary to run as close to 100 percent efficiency as possible. What’s to stop us from taking our civilization to a new planet and inflicting the same havoc there? Society is not in a position to expand its reach beyond the planet if we cannot first live healthfully, responsibly, and productively here. Who knows what kinds of consequences an industry like deep space mineral mining and importing back to Earth could have.

Yet if we are careful and insightful we can still learn and improve. Just as different types of natural and human environments are not closed systems but rather are interrelated and inextricably intertwined, the Earth in and of itself is not in fact a closed system but very much entrenched in its surrounding solar system and cosmic environment. The more we probe and explore, the better we can understand those dynamics and interactions just as we seek to understand the ones here at home. Ideally we will be a sustainable civilization by the time we officially establish our presence elsewhere, but in the meantime it is exciting and promising to look around and dream about going where no one has gone before.