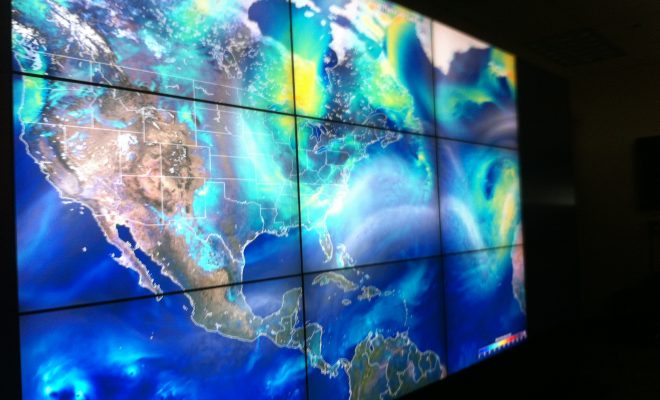 Scientists Rush to Back Up Climate Data Before Trump Takes Office

The President-elect has been criticized because he claimed that climate change is a hoax invented by the Chinese. The new proposed head of the EPA is a climate change denier. And the new proposed Secretary of State is an oil company CEO with close ties to Russia. So, it’s no wonder that environmentalists across the globe are worrying. Now, American climate scientists are copying as much of their research and climate data as possible onto independent computer servers, in an attempt to protect the information from any political interference.

“Something that seemed a little paranoid to me before all of a sudden seems potentially realistic, or at least something you’d want to hedge against,” said Nick Santos to the Washington Post. He is an environmental researcher at the University of California at Davis and spent last weekend copying climate data onto a non-governmental server that will be available to the public. Other efforts include “guerrilla archiving” in Toronto–meaning the copying of irreplaceable public data–discussions on how to download as much information as possible as quickly as possible, and the creation of a website for storing all this scientific information.

This isn’t something we should have to be worried about as researchers in the developed world. But here we are.https://t.co/m9nTzWgvF7

On Friday, Trump’s transition team sent a questionnaire to the Department of Energy to find out the names of employees who attended domestic and international climate talks. It also asked about all publications written by employees at the department’s laboratories for the past three years. This could be a sign of coming retaliation against employees who simply were doing their jobs, and drew criticism from Democrats and environmentalists.

Yes Mr. Trump, climate change is a “hoax.” It was just a haphazard occurrence that that 13 of the 15 hottest years have occurred since 2000. pic.twitter.com/2kvVpjTNb5

On Tuesday, however, the Energy Department’s spokesman Eben Burnham-Snyder said it would not comply with Trump’s request. He said that the demand for individual names of employees left many people in the department feeling unsettled. He said:

We are going to respect the professional and scientific integrity and independence of our employees at our labs and across our department. We will be forthcoming with all publicly available information with the transition team. We will not be providing any individual names to the transition team.

For many people it is deeply worrying that several of Trump’s cabinet picks are skeptical about climate change, which is a fact the vast majority of scientists in the world agree upon. Michael Halpern from the Center for Science and Democracy said it’s not unreasonable to believe the new government would want to get rid of climate data that proves a fact that they dispute. “There is a fine line between being paranoid and being prepared, and scientists are doing their best to be prepared…” he said.

Emma Von Zeipel
Emma Von Zeipel is a staff writer at Law Street Media. She is originally from one of the islands of Stockholm, Sweden. After working for Democratic Voice of Burma in Thailand, she ended up in New York City. She has a BA in journalism from Stockholm University and is passionate about human rights, good books, horses, and European chocolate. Contact Emma at EVonZeipel@LawStreetMedia.com.
Share:
Related ItemsClimateClimate ChangeClimate DataDepartment of EnergyDonald TrumpEPAScience