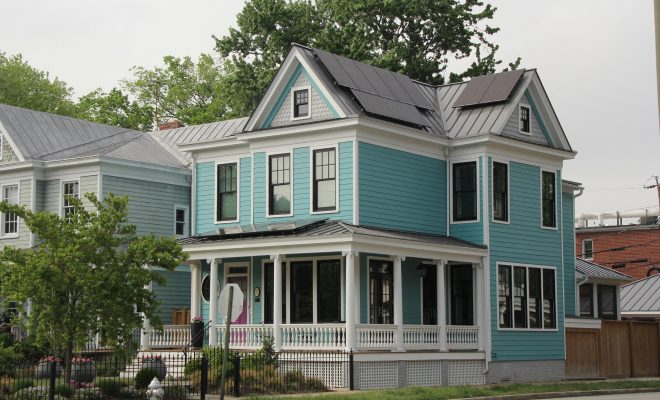 Building a New House in Santa Monica? It Will Need to be Very Green

One California city, Santa Monica, is taking quite a dramatic step to make sure that new single-family homes built there don’t add any more stress to the environment–beginning in 2017, any house built in the city will have to be “net-zero” energy (ZNE). That means that it cannot use more energy than it produces, a hugely ambitious move in California’s quest to get greener.

There are a few different ways that a house could fit ZNE rules. Houses that produce their own energy, such as through solar power, are able to achieve that distinction. The new houses built in the town will also likely be seriously efficient, in an attempt to reduce the amount of energy needed.

ZNE technology is certainly not new. The EcoTerra House in Quebec, Canada, opened in 2007 and is a landmark ZNE building. Kentucky was the first state to build a ZNE-friendly public school, the Richardsville Elementary School in Warren County. The first retail store that is ZNE is a Walgreens in Evanston, Illinois. But Santa Monica is believed to be the first city worldwide to implement this kind of measure.

Mayor Tony Vazquez said in a press release after the ordinance was passed by the City Council:

Santa Monica is proud to take a global lead in zero net energy building standards that put the State’s environmental policy to action. Council’s adoption of this new ordinance reflects our city’s continued commitment to the environment. ZNE construction, considered the gold standard for green buildings, is a major component that will help us reach our ambitious goal of carbon neutrality by 2050.

And Dean Kubani, Santa Monica’s Chief Sustainability Officer, spoke about the benefit to the homeowners in the city, saying:

This ordinance makes environmental and economic sense. With the price of utility power continuing to rise, ZNE homeowners will avoid those escalating costs while benefitting from local renewable power for all of their energy need.

If Santa Monica’s idea works as plans, it could contribute to California’s attempts to cut emissions, and provide inspiration for cities both domestically and worldwide.

Anneliese Mahoney
Anneliese Mahoney is Managing Editor at Law Street and a Connecticut transplant to Washington D.C. She has a Bachelor’s degree in International Affairs from the George Washington University, and a passion for law, politics, and social issues. Contact Anneliese at amahoney@LawStreetMedia.com.
Share:
Related ItemsCaliforniaClimate ChangeEmissionsEnergySanta MonicaZNE