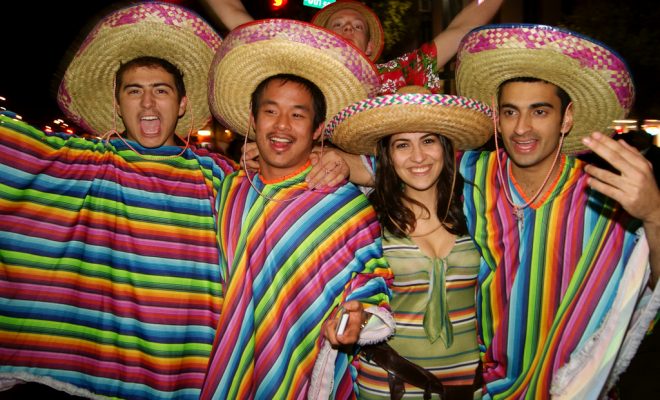 University of Florida to Offer Halloween Counseling to Offended Students

Halloween is a frightening time of the year, although it does not normally send university students to counseling.

The University of Florida said in a statement last week that it will be offering counseling students to students who are offended by Halloween costumes.

“Some Halloween costumes reinforce stereotypes of particular races, genders, cultures, or religions,” the statement says. “Regardless of intent, these costumes can perpetuate negative stereotypes, causing harm and offense to groups of people.”

The school then provided contact information for different resources around campus. One of the resources, the U Matter, We Care program, describes itself as “UF’s umbrella program for UF’s caring culture and provides students in distress with support and coordination of the wide variety of appropriate resources,” according to its website.

Additionally, students have access to a 24/7 counselor reachable by phone and a service to mediate situations of bias. According to the statement, “the Bias Education and Response Team at the University of Florida is able to respond to any reported incidents of bias, to educate those that were involved, and to provide support by connecting those that were impacted to the appropriate services and resources.”

Over the past few years, Halloween costumes have become a large issue on college campuses, with many people feeling as though costumes appropriate their culture or reinforce negative stereotypes.

This year, costumes such as the “Kim the Hostage” costume and another depicting a gorilla holding a plastic baby, have come under intense scrutiny, as they reference graphic events.

They made a Kim K hostage costume …………… pic.twitter.com/arLpoiV6uS

Some people, however, voiced their concerns over the services the university is providing.

Our country is doomed. “The school is offering counseling to those who may be offended by costumes this season.”https://t.co/h6It6mTjx3

University of Florida is offering counseling to anyone upset by a halloween costume. In other news, the 4th Horseman just saddled up

The university encouraged students to be aware of the costumes that they choose to wear on Halloween, adding, “Thank you for being mindful of these values, and have a fun and safe Halloween.”

Julia Bryant
Julia Bryant is an Editorial Senior Fellow at Law Street from Howard County, Maryland. She is a junior at the University of Maryland, College Park, pursuing a Bachelor’s degree in Journalism and Economics. You can contact Julia at JBryant@LawStreetMedia.com.
Share:
Related ItemsBiasCostumesHalloweenPolitical CorrectnessUniversity of Florida