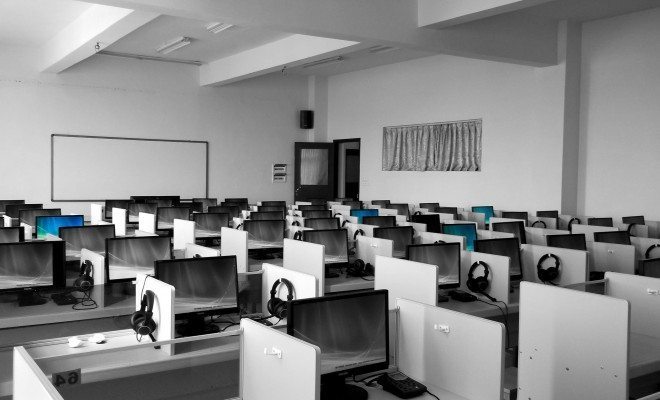 ITT Educational Services–the company that operates ITT Technical Institute–is the latest for-profit education company to be sued for misleading its students. A new lawsuit has been filed by Massachusetts Attorney General Maura Healey, claiming that the company used deceptive information about employment rates post-graduation, as well as about some of the aspects of its computer science program. Additionally, the for-profit education company is under federal investigation based on suspicions it may have defrauded the federal government.

According to Boston.com, when it came to the Computer Network Systems program:

ITT’s admissions representatives allegedly told prospective students that anywhere from 80 percent to 100 percent of graduates obtained jobs in or related to their field of study, but real placement rates were actually 50 percent or less, according to the suit.

The suit argues that when ITT categorized jobs as “in or related to their field of study” it included positions like working customer service at a big-box retailer, internships or short-term positions involving computers, and working for an airline checking passengers in for flights. Essentially, if someone used a computer for their job (which is pretty much everyone in this day and age) they were counted as employed under ITT’s metric.

The lawsuit also claims that ITT didn’t provide the kind of in-classroom education that it advertised; the accompanying press release stated:

ITT also advertised and promoted hands-on training and personalized attention through its program, but students said their experience involved the use of outdated technology, absent teachers, or being told to ‘Google’ the answers to questions.

This certainly isn’t the first time that ITT has had its day in court. ITT, and in some cases its top officials, have been sued by the Securities Exchange Commission, the Consumer Financial Protection Bureau, the Attorney General of New Mexico, and has gotten into multiple scuffles with shareholders. Its stock has fallen, and its reputation is presumably taking a hit as more controversies continue to pile up.

However, ITT has promised to fight Massachusetts on these particular allegations. Yesterday the company released a statement claiming that the lawsuit was just an example of: “Massachusetts’ woeful record of hostility toward career colleges that train non-traditional and underserved students.”

Anneliese Mahoney
Anneliese Mahoney is Managing Editor at Law Street and a Connecticut transplant to Washington D.C. She has a Bachelor’s degree in International Affairs from the George Washington University, and a passion for law, politics, and social issues. Contact Anneliese at amahoney@LawStreetMedia.com.
Share:
Related ItemsFor Profit SchoolsITTITT Educational ServicesITT TechMassachusettsTechnology