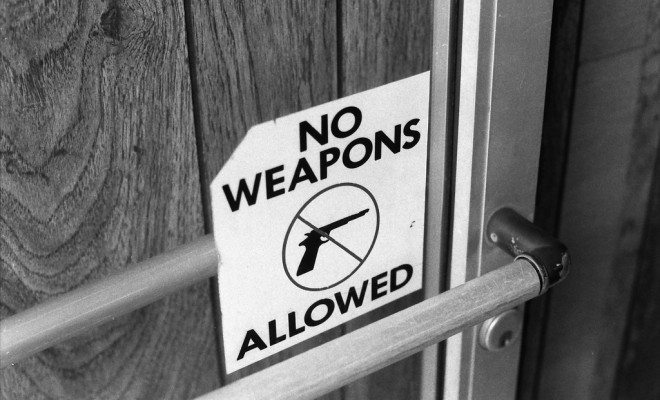 Texas Bill Will Allow These Weapons on College Campuses

The Texas legislature recently passed a bill that will allow licensed residents to carry concealed hand guns on public colleges and universities. With the bill currently on its way to Governor Greg Abbott, who is expected to sign it, it will soon permit the presence of concealed weapons on college campuses. But this raises some serious questions about the levels of danger the schools could potentially face as a result of the new law.

The final version of this bill allows private institutions to opt out, while public universities would be able to create gun-free zones in areas of campus. This new bill allows licensed gun owners to carry their handguns in classrooms, libraries, and other campus buildings. The law would be in effect in September for four year colleges and universities and by fall 2017 for community colleges.

Some key components of the law include a requirement for university presidents to adopt rules and policies regarding carrying a concealed handgun on campus. The university may also create rules on policies regarding carrying guns into dorms and the storage of guns. The bill does not change who can obtain a concealed handgun license. Any locations that have their own rules off campus, such as bars and hospitals, can keep those rules. Open carry on campuses remains prohibited.

As a student, and someone looking at law schools in Texas, I am not sure how I would personally respond to a bill like this being passed on my college campus. In addition to attending classes, campus is a place where students eat, sleep, and live. It doesn’t really seem fair to invade one’s home with a weapon without really asking. That sentiment is consistent with some of the reactions coming out of Texas and the country right now in response to this legislation.

Julie Gavran, the western director of the Campaign to Keep Guns off Campus, said she worries accidents involving guns, gun thefts, and suicides will increase. She also fears that if the bill is passed, colleges will have to invest more money into hiring security officers and buying metal detectors, which will be taken away from education spending. Gavran stated:

The legislators were more concerned with (concealed handgun license) rights rather than the quality of research and education that the state provides. This total disregard of the voice and concerns of the campus community is an insult to the State of Texas.

Despite these fears, Bill McRaven, chancellor of the University of Texas System does not seem to agree, stating:

It is helpful that the bill was amended to allow our campus presidents to consult with students, faculty and staff to develop rules and regulations that will govern the carrying of concealed handguns on campuses. I pledge to our students, faculty, staff, patients and their families and to all those who may visit a UT institution that, as UT System leaders, we will do everything in our power to maintain safe and secure campuses.

Currently, a student, faculty member, or other adult with a concealed handgun license may carry their concealed handgun throughout a campus as long as they remain outside, but the moment they step foot into a building on campus they become criminals.

Despite that point, the safety factor is still a large issue. Fletcher believes that the media, parents, students, and higher education officials exaggerate the bill’s consequences. He argues that the measure will just broaden current laws that already allows concealed handguns on campus outside of buildings. Those in favor of passing the bill also believe permitting gun owners to carry weapons on college campuses can help students and faculty members defend themselves.

The arguments in favor of this bill are extremely valid, but I feel like there could be a different solution that accommodates the needs of all people. An increased presence of weapons on campus still makes me and many others very wary.

Angel Idowu
Angel Idowu is a member of the Beloit College Class of 2016 and was a Law Street Media Fellow for the Summer of 2015. Contact Angel at staff@LawStreetMedia.com.
Share:
Related ItemsCollegeCollege CampusesConceal CarryConceal Carry LawsEducationGreg AbbottSchool ShootingsSchoolsTexas