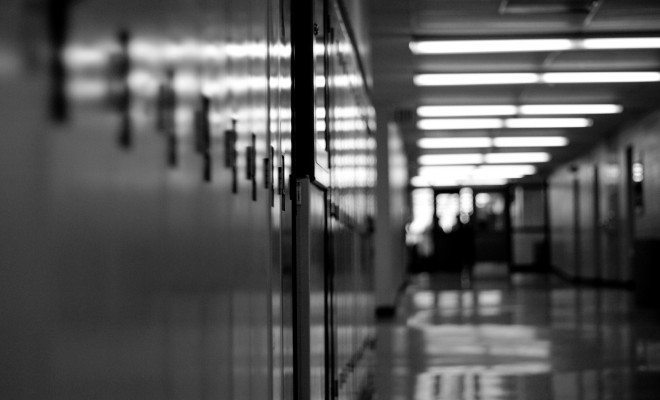 The Los Angeles Unified School District (LAUD) shut down schools across the county this Tuesday after members of the School Board received a threatening email that referenced explosive devices, assault rifles, nerve gas, and machine pistols.

LAUD is comprised of over 900 schools that educate 640,000 students. Tuesday marked the first district-wide school closure since 1994, when classes were cancelled during the Northridge earthquake. Students took to social media to document their day off, treating it almost like a snow day. Some students even joked that they would have preferred school closing on Friday so that they could go to the premiere of the new Star Wars film. However, the scene within the deserted schools was far from lighthearted. Police officers walked through over 1,500 school sites, scanning for bombs or any other evidence of a terrorist threat. The message had discussed attacking students in school, mentioning packages and backpacks, but did not specify which school would be a target.

The email threat was also made against New York schools, but they remained open for classes on Tuesday. By the end of the day, the email was revealed to be a hoax and schools reopened on Wednesday morning without incident. New York mayor Bill de Blasio called the threat generic and outlandish, arguing that closing down schools for the day would be a disservice to New York students. Neither city seemed to be aware that the other city had received the same threat when they made their respective decisions for the school day. New York’s dismissal of the threat has led to doubts regarding whether Los Angeles make the wrong call–was shutting down school an overreaction?

Multiple news outlets have compared Los Angeles in the wake of the San Bernadino attack to New York in the wake of 9/11. Los Angeles should not be deemed oversensitive when the aftermath of brutal domestic terrorism still weighs heavily on the state, and the nation as a whole. It is still unclear who made the threat and a member of the House Intelligence Committee has stated that the threat may have been designed to disrupt school districts or to test school district responses to threats in large cities. Los Angeles did not witness any attack on its schools on Tuesday but, as Los Angeles Police Chief Charlie Beck has said, it is easy to criticize the decision in hindsight, with all the information that is now available.

New York and Los Angeles may have witnessed a peaceful day at their schools on Tuesday but that doesn’t mean that every threat will be a hoax. School closure should still be treated as an extraordinary measure rather than a casual occurrence, but that doesn’t mean school districts should be criticized for wanting to protect their students. Los Angeles was justified in shutting down the district on Tuesday. Even though it may seem overly cautious to us now, when there are thousands of young lives at risk, the adage “better safe than sorry” should always be at the forefront of our decision makers’ minds.

Jillian Sequeira
Jillian Sequeira was a member of the College of William and Mary Class of 2016, with a double major in Government and Italian. When she’s not blogging, she’s photographing graffiti around the world and worshiping at the altar of Elon Musk and all things Tesla. Contact Jillian at Staff@LawStreetMedia.com
Share:
Related ItemsHoaxLos AngelesLos Angeles Unified School Districtschool closureSchoolsTerrorist Threat