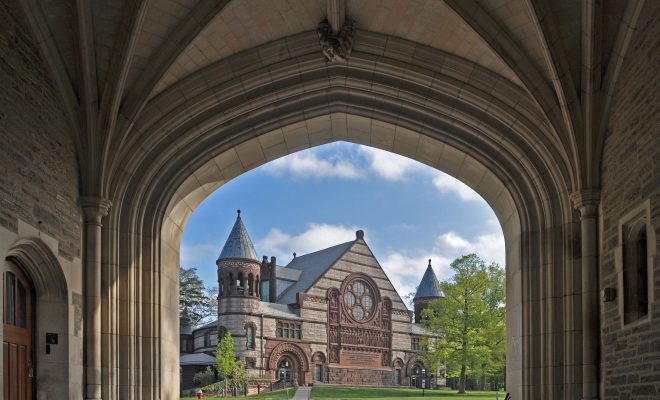 Princeton University–the prestigious Ivy League institution whose famous alumni include Woodrow Wilson, Michelle Obama, and Queen of Genovia Amelia Mignonette Thermopolis Renaldi–is suing the Department of Education in an attempt to block the release of its admissions data through the Freedom of Information Act (FOIA), according to Buzzfeed News.

The lawsuit is an attempt to hinder the anti-affirmative action organization Students for Fair Admissions (SFFA), a nonprofit whose mission is to remove race-based college admissions standards and is accusing Princeton of practicing anti-Asian bias in its admissions. The organization seeks to use a FOIA request to prove its accusations by releasing documents that Princeton gave to the DOE during a long investigation by the department’s Office for Civil Rights into anti-Asian discrimination that concluded in 2015. The investigation determined that this bias did not exist.

According to Buzzfeed, Princeton claims that it turned those admissions documents over to the department under the condition that sensitive data would be kept private, and that if the data were to be released, the department would be in violation of the Trades Secrets Act. SFFA perceives Princeton’s lawsuit as an inherent admission of guilt; however, the logic of that perception does not totally check out, for Princeton could not want to release the documents because it would reveal practices that are just bad PR, such as admission preferences for children of alumni or for celebrities.

This is not SFFA’s first attempt to reveal information about the admissions practices of Ivy League institutions, having also filed similar lawsuits against Harvard and UNC-Chapel Hill. SFFA filed a lawsuit in 2014 against Harvard, alleging that the university employed discriminatory practices in its undergraduate admissions process.

While progress has been slow–mainly due to the case being put on hold in anticipation of the Supreme Court ruling on Fisher vs. University of Texas at Austin–some action has been taken. In September, a district court judge ordered Harvard to release six years worth of “comprehensive data” on its undergraduate admissions process. This order came shortly after Harvard attempted to get the suit dismissed.

In December, two Asian American high school seniors and Harvard applicants, working in conjunction with Advancing Justice-Los Angeles, petitioned a federal judge to join the case as amici curiae (friends of the court). This  would allow them to file amicus briefs, participate in oral arguments, and submit evidence, according to a report from NBC News.

“We refuse to be used as a wedge by outside players stoking the insecurities of newer Asian immigrants, provoking them to lash out at the very programs that have helped communities of color gain access to higher education,” Nicole Ochi, supervising attorney for Advancing Justice-Los Angeles, said in a statement reported by NBC News.

The Harvard Crimson reported that 22.2 percent of those admitted into Harvard’s class of 2021 are Asian American students. While much has been said about Asians who oppose affirmative action–particularly in the Fisher vs. University of Texas at Austin ruling–polls show that a majority of the Asian American community still support the practice.

Last year, the Asian American Voter Survey found that, among respondents, 64 percent said that they favor affirmative action programs designed to help blacks, women, and other minorities gain better access to higher education. A mere 25 percent of respondents disagreed with the practice.

Austin Elias-De Jesus
Austin is an editorial intern at Law Street Media. He is a junior at The George Washington University majoring in Political Communication. You can usually find him reading somewhere. If you can’t find him reading, he’s probably taking a walk. Contact Austin at Staff@Lawstreetmedia.com.
Share:
Related ItemsAffirmative ActionAsian AmericanDepartment of EducationLawsuitPrincetonSocial Justice