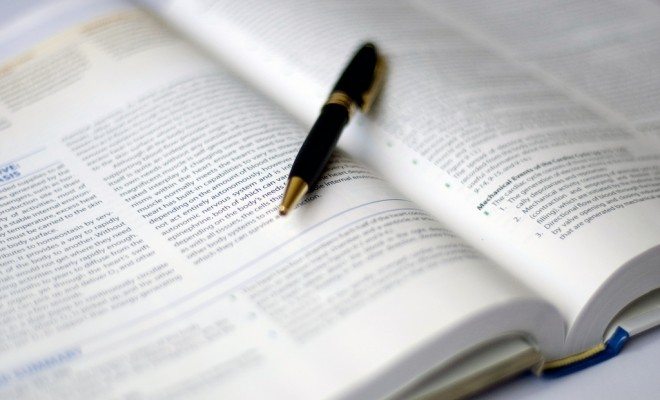 McGraw-Hill to Edit Textbook that Refers to Slaves as “Workers”

Last week, Houston-area mother Roni Dean Burren vented her frustration on Facebook over the wording of a passage in her son’s “World Geography” textbook. The book called African slaves in the United States “workers” and “immigrants.” Dean-Burren’s post and corresponding video have since attracted an immense amount of feedback, drawing millions of eyes on Facebook. McGraw-Hill has now responded to this outcry, concluding that the wording does not live up to the publisher’s standards.

Initially, McGraw-Hill released a statement saying that it intends to change the online version of the book immediately. Dean-Burren combatted this, arguing that most schools don’t use online versions, and the current print version if not changed will remain in libraries and classrooms for the next eight to 10 years. McGraw-Hill then issued a statement saying that it will in fact be changing the wording in the book’s next printing. The company is also offering supplements to be inserted in the current books.

There are so many issues with this wrongly worded passage. The classification of slaves as “immigrants” and “workers” not only completely diminishes the horrific nature of the malicious institution, but it incorrectly depicts the relationship between African slaves and the Europeans that had already settled in America–the very relationship that has resulted in the skewed perceptions and discrimination that African-Americans continue to struggle with today. The passage also goes into detail about the arrival of other Europeans who come to work as indentured servants “for little or no pay,” while there is very little mentioned about Africans’ status as slaves. Dean-Burren called this characterization of slavery within the passage as “erasure.” African slaves that “migrated,” as the textbook described, during the Atlantic slave trade between the 14th and 17th century, were not “workers.” They were brutally kidnapped and taken from their homes against their will, treated like animals and torn apart from their families, and brought to a foreign land as less than human. The were then physically and mentally abused and forced to do manual and degrading labor. The United States was built on the swollen and whipped backs of these slaves. To incorrectly communicate that in a textbook is a great disrespect to these slaves and the generations that have followed them.

The significance of this issue goes beyond honoring the lives of these slaves, and the generations that have followed them. Students needs to know what the world has been through in order to make informed decisions later in life. They need to know that we once lived in a world where being a person of color, or a different religion, or even being a woman, meant that you were less of a person. McGraw-Hill should be doing more to remedy this issue within this passage of its textbook–the ramifications could be a lot worse than it thinks.

Kui Mwai
Kui Mwai is a junior at American University, studying Law and Literature. She is from Nairobi, Kenya. Contact Kui at Staff@LawStreetMedia.com.
Share:
Related ItemsEducationHistoryMcGraw-HillRacismSchoolsTextbook