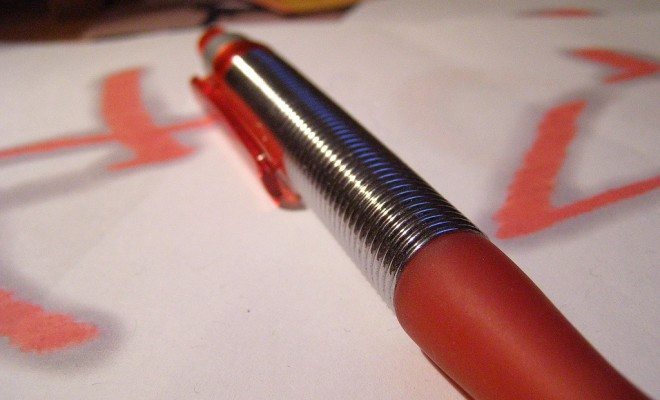 A new bill moving through the legislature in Mississippi would require teachers in certain school districts to not only grade their students, but the parents of the students as well. House Bill 4, more formally known as “Parent Involvement and Accountability Act,” just passed the Mississippi House and the bill is now heading to the state Senate for consideration.

If the bill becomes law, it would add another section to students’ report cards that measures parental involvement in their children’s education. It would only apply to teachers and parents in school districts that have been rated as a “C” or lower by the Mississippi Department of Education–as of right now 88 of the 151 school districts in Mississippi fall below this marker. The teachers would rate the parents’ involvement as “satisfactory,” “needs improvement” or “unsatisfactory.” How the teachers decide what grade to give the parents will be based on a number of factors–as Alex Holloway of The Dispatch sums up, it would measure:

Parental response to requests for conferences or communication, the student’s completion of homework and preparation for tests, the frequency of the student’s absence and tardiness, and the student’s overall grade per a nine-week assessment

There are of course, both critics and supporters of the bill. Those who support it say that in schools that are successful (both in Mississippi and in other states) there’s a high level of parental involvement. The bill would increase communication between parents and teachers to help up that level of involvement, and ensure that parents are working to prepare their children as best they can.

Critics claim that it’s not about parents “trying harder” it’s about cyclical poverty, and that placing additional pressure on the parents won’t necessarily help. Some critics also worry it will lead to strange social dynamics as students compare their parents’ grades, or read too much into what grade their parents received.

The bill doesn’t just add a provision about grading parents to the Mississippi education system. According to MississippiWatchdog.org it also will:

Assign each child mandatory homework; require all children be taught proper manuscript and cursive handwriting; require all children to have a daily reading and a separate writing assignment; require all children to read at least one book per month and write a book report on it; mandate participation for parents in at least one supportive function for the school, such as assisting at the bus stop, working a concession stand at an athletic event or serving in the Parent Teacher Association; establish dress codes for teachers; mandate school uniforms; initiate two parent-teacher conferences per nine-week term for students not performing up to grade level requirements at mid-term.

Mississippi’s public education system has not ranked well when compared to other states–for example, Education Week ranked Mississippi 51st in the nation last year (below the other 49 states and the District of Columbia). While it’s unclear whether or not House Bill 4 will pass, Mississippi is trying to take some steps to remedy that issue–it’s just unclear right now if these are the right steps.

Anneliese Mahoney
Anneliese Mahoney is Managing Editor at Law Street and a Connecticut transplant to Washington D.C. She has a Bachelor’s degree in International Affairs from the George Washington University, and a passion for law, politics, and social issues. Contact Anneliese at amahoney@LawStreetMedia.com.
Share:
Related ItemsMississippiMississippi HouseParental InvolvementParentsPovertyPublic EducationSchools