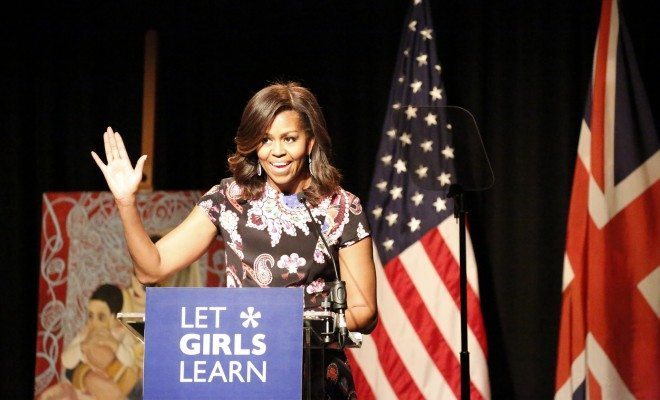 Michelle Obama and Jay Pharoah Want You to “Go to College”

First Lady Michelle Obama and Jay Pharoah, a current SNL cast member and comedian–just released a rap video in which they encourage young people to “go to college.” The College Humor original video is  part of Obama’s ongoing initiatives to promote higher education for young people. Check out the video below:

The video is part of the Michelle Obama-led Reach Higher initiative, which seeks to drive young people to engage in higher education–whether it be a four-year, two-year, or community college. Part of that initiative calls for public awareness, hence the new Better Make Room public awareness campaign. Announced in October, it’s aimed at Generation Z; the generation that follows millennials, Generation Z is currently comprised of 14-19 year olds. According to the White House Fact Sheet on the campaign:

This campaign will leverage traditional and new media platforms to celebrate student stories in the same way that we often celebrate celebrities and athletes. With partners in the business, philanthropic, media, and education realm, this campaign will stretch across the country to inspire students and give them the tools they need to reach higher for college.

The Better Make Room campaign has partnered with a whole bunch of organizations besides CollegeHumor. Some are relevant to the educational aspect of the campaign, like Pearson, The Teachers Guild, and a non-profit called Get Schooled. Others appeal to the new media aspect of the campaign, including Vine, Mashable, Funny or Die, and the CW.

The rap video is silly, goofy, and doesn’t have a ton of substance but it certainly serves its purpose–getting people’s attention. It was all over the internet today, and many were applauding Michelle Obama for her willingness to play along and rap part of the message.

As Soraya Nadia McDonald of the Washington Post put it, that’s a big part of exactly why the video is so compelling and fun:

And this is why goofy Michelle Obama rap videos always make the Internet go bonkers: She’s not pandering, but she is making fun of herself. And she’s savvy enough to know the difference.

The Better Make Room campaign, as well as the Reach Higher initiative, are taking on lofty goals. But they’re certainly having fun and making headlines along the way.

Anneliese Mahoney
Anneliese Mahoney is Managing Editor at Law Street and a Connecticut transplant to Washington D.C. She has a Bachelor’s degree in International Affairs from the George Washington University, and a passion for law, politics, and social issues. Contact Anneliese at amahoney@LawStreetMedia.com.
Share:
Related ItemsBetter Make Room Reach HigherCollegeCollege HumorEducationJay PharaohMichelle ObamaSNL