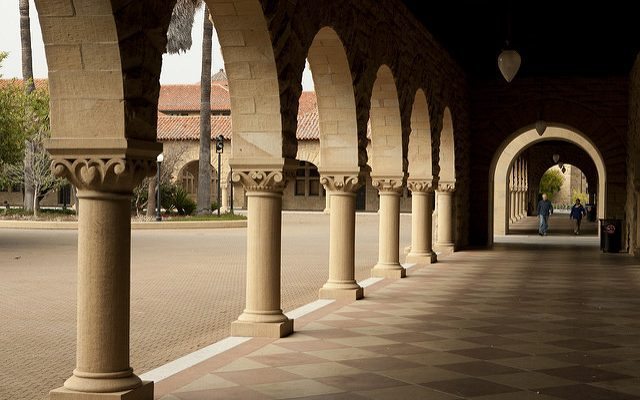 Protests erupted throughout the nation last week after a California judge sentenced former Stanford University freshman Brock Turner to a six month jail sentence for sexually assaulting an unconscious woman behind a dumpster.

People are mad, and there are currently six Change.org petitions protesting Turner’s sentence. If you’re new to the case, here are five reasons why people are outraged:

1. The Judge Was Extremely Lenient

Then on June 2, Santa Clara County Superior Court Judge Aaron Persky sentenced Turner to six months in county jail, which is less than the state’s recommended sentence, followed by three years of formal probation. Turner must also register as a sex offender and participate in a sex offender rehabilitation program. However, with good behavior Turner may only have to serve three months of the prison sentence.

Since the charges carried a maximum penalty of 14 years in prison, Turner’s six months came across as extremely lenient. Apparently the judge worried that a stiffer sentence would have a “severe impact” on the 20-year-old star swimmer.

Many people theorized that the judge offered Turner “special treatment” because he was a Stanford alum as well as a former college athlete. The judge is now facing public demands to resign from office.

2. The Father’s Letter to the Judge

Before sentencing, Turner’s father wrote a letter arguing that his son should receive probation instead of jail time. In the letter Dan A. Turner writes, “He will never be his happy go lucky self with that easy going personality and welcoming smile.”

Turner added, “His life will never be the one that he dreamed about and worked so hard to achieve. That is a steep price to pay for 20 minutes of action out of his 20 plus years of life.”

At no point did the letter acknowledge that Brock committed the assault, instead the letter focused entirely on Brock’s pain and suffering rather than his victim’s. Eventually Dan A. Turner apologized for his “20 minutes of action” comment, which he claims was “misinterpreted by people.”

For weeks, whenever the media reported on Turner, this photo was used:

After a while this photo of a suited Turner smiling for his yearbook photo began to drum up its own controversy. Many people wondered why Turner’s booking photo wasn’t being used instead. It wasn’t until recently that Turner’s mugshot from the night he was arrested was finally released to the public.

The mugshot taken of Brock Turner the night of his arrest https://t.co/NVU6ZmXTqe pic.twitter.com/3lKGu9W7Sl

These photos illustrate a double standard in the way the media treats young, white criminals versus young, black victims of violence.  For an excellent explainer on this double standard, read this think piece by Mic.

Even though Turner had already been convicted, the paper showed him preferential treatment by focusing on his accomplishments and the impact the sentence would have on his once-promising future, rather than the severity of his crimes.

After the sentencing, the victim, whose identity has been protected, wrote a heart wrenching 12-page letter addressed to Turner that has since gone viral. In the letter, she discusses learning about her assault, reliving that night in court, and struggling to move forward after everything that happened to her.

If you think I was spared, came out unscathed, that today I ride off into sunset, while you suffer the greatest blow, you are mistaken. Nobody wins. We have all been devastated, we have all been trying to find some meaning in all of this suffering. Your damage was concrete; stripped of titles, degrees, enrollment. My damage was internal, unseen, I carry it with me. You took away my worth, my privacy, my energy, my time, my safety, my intimacy, my confidence, my own voice, until today.

Unfortunately, the victim’s emotional message had no real effect of the outcome of Turner’s sentencing.

You can read the victim’s powerful letter in full here.

5. We Can’t Even Call Him a Rapist

It’s important to note that the reason I haven’t used the word “rapist” to define Turner throughout this article is not due to personal bias, but California law.

According to New York Magazine,

In California, rape is defined as someone using “physical force, intimidation, duress, or threats to persuade the victim to engage in sexual intercourse.” In the case of Turner’s rape of an unconscious woman, witnesses and testimony determined that Turner penetrated his victim with a foreign object, not a sexual organ.

So in other words California is telling me and the rest of the world that Turner was able to rip the clothes from his victim’s body, insert his fingers inside of her, grope her breasts, and hump her half naked body, but we can’t call him a rapist?

Like almost everything else involving this case, it simply doesn’t seem fair.

Alexis Evans
Alexis Evans is an Assistant Editor at Law Street and a Buckeye State native. She has a Bachelor’s Degree in Journalism and a minor in Business from Ohio University. Contact Alexis at aevans@LawStreetMedia.com.
Share:
Related ItemsBrock TurnerMugshotProtestsRapeSexual AssaultStanford University