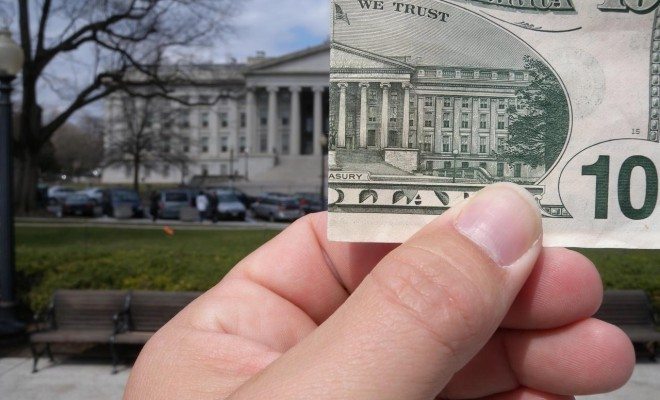 Does the Government Really Spend Too Much?

Is the federal government ‘too big’ or ‘too small’? Americans have been debating the best size of the federal government since the birth of the Republic. From the Federalist Papers all the way to current court cases seeking to establish the superiority of states rights, the federal vs. state government fight is not a new one. To this day, intellectuals on both sides of the issue fight to prove the merits of their own views, as well as show which government philosophy would be better for taxpayers. Looking at the numbers might surprise you, though. The federal government probably doesn’t spend as much as you think.

The federal government’s budget is one of the most politically sensitive topics there is — entire movements were born from a perceived sense of increased governing spending (hello, Tea Party). While it may be the job of Congress and the President to compromise and agree on a budget, mudslinging and partisanship make its passage very difficult. The most recent budget proposal, presented by the President on April 10, requests nearly $3.8 trillion in expenditures and $3.03 trillion in revenue, putting the deficit at $744 billion, or 4.4 percent of gross domestic product. That’s a decrease in the deficit of nearly $229 billion.

Right now, federal legislative, judicial, and executive branch departments are under what is called ‘the sequester.’ As a result of the failure of Congress and the President to pass a federal budget by January 1, 2013, the Budget Control Act was set to automatically reduce spending in various departments throughout the federal system. Some have applauded the sequester’s sharp curtailing of government spending, while others point to the devastating economic ripple effects the law has had. According to the Government Accountability Office, “19 agencies reported curtailing hiring; 16 reported rescoping or delaying contracts or grants for core mission activities; 19 reported reducing employee training; 20 reported reducing employee travel; and seven reported furloughing more than 770,000 employees from one to seven days.” The Congressional Budget Office has pointed to a possible 0.6 percent contraction of the nation’s economy due to the austerity-minded law.

After the government shutdown in October 2013 due to partisan disagreement over the budget bill, Congressional approval ratings plummeted to 10 percent. Three months later, Congress passed the Bipartisan Budget Act, which sought to increase spending caps enacted by the sequester in exchange for extending the duration of the cuts to 2023 -– lowering the national deficit by $23 billion. Advocates calling for lower government spending should be applauding.

As the nation continues to debate whether the sequester cuts have been beneficial or harmful to the nation, the next date to look forward to is in September when the government runs out of authority to spend taxpayer money. With the national debt at $17.5 trillion and counting, and the midterm elections coming this November, we’ll have to wait and see is Congress will work together to pass a compromise appropriations bill.

As time goes by, the federal budget inevitably increases in order to meet the country’s demands. As our infrastructure continues to crumble, more Americans retire, and workers demand a living wage, increased spending cannot be stopped in general, no matter the amount. It is up to our elected officials to take action and simplify the tax code, increase revenue, and close corporate loopholes and subsidies.

Dennis Futoryan
Dennis Futoryan is a 23-year old New York Law School student who has his sights set on constitutional and public interest law. Whenever he gets a chance to breathe from his law school work, Dennis can be found scouring social media and examining current events to educate others about what’s going on in our world. Contact Dennis at staff@LawStreetMedia.com.
Share:
Related ItemsBudgetBudget LawCongressDollarsFederalGovernmentPresidentSequesterThe Money Blog