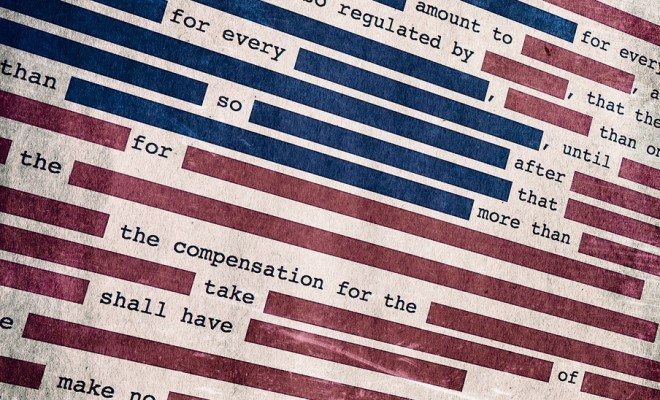 YOU’RE BEING WATCHED RIGHT NOW: Here’s What To Do About It

SPECIAL REPORT from The F Word! PEN America liked me so much on Tuesday that they invited me to cover another event last night. So all you Law Street readers get to listen to the melodious sound of my voice an extra time this week. Lucky you.

Anyway! Together with independent researchers at the FDR Group, PEN published a report this week titled Chilling Effects, which found that writers in the U.S. are self-censoring in response to reports of widespread NSA surveillance. Thanks for scaring the crap out of all of us, Edward Snowden!

According to the report, 85% of surveyed writers are actively worrying about government surveillance, and are watching what they say as a result. Twenty-eight percent have reigned in or eliminated their use of social media, 24% have purposely avoided discussing certain topics via phone or email, and 16% have avoided writing or speaking about sensitive subjects. PEN writers report taking surveillance for granted—they simply assume they’re being monitored—and they’re choosing their words wisely so as to avoid harm.

And it’s real. As a follow-up to Chilling Effects’ publication, PEN hosted a panel discussion last night in conjunction with the ACLU and the Fordham University School of Law. It was, to put it mildly, chilling.

The panel consisted of four men, all of whom had varying levels of expertise on the NSA and government surveillance. They each addressed the audience with separate, 15-minute presentations. If you want to hear them speak for themselves, you can view the live feed here.

But really, who needs to watch an hour and a half video when you’ve got me to recap it for you?

The panelists gave us an incredible look into the world of surveillance, from a historical overview of the NSA’s beginnings, right down to their personal experiences with harassment and persecution. According to James Bamford—the only guy who wore a business suit—the NSA got its start in a Manhattan townhouse back in the 1920s. As a top-secret government agency created to assist the World War I effort, this pre-NSA got a copy of every telegram that went in or out of the country.

That’s a lot of paper.

Fast forward to present day and the NSA isn’t just courting the phone or telegram companies—they’ve got software providers in their back pocket. Not to mention, the technological realities of cloud computing and social media mean the NSA doesn’t really have to ask. As fellow panelist and tech-guru Bruce Schneier remarked last night, “We are all leaving digital footprints throughout our lives,” and they’re anyone’s to follow.

So what really happens when the NSA follows our tracks? Ariel Dorfman, a Chilean-American playwright and novelist, knows firsthand—he lived in Chile during Augusto Pinochet’s dictatorship. Dorfman went into exile abroad shortly after Pinochet took office, but was allowed to return in 1983, before the regime’s fall. His poignant description of the Chile he came back to illustrated the fears he had for the future of the U.S.

“People had learned to suspect everyone and everything,” he said, describing friends who had once been open and outspoken as having transformed into guarded strangers. “Chile had become synonymous with silence.”

Indeed, when Dorfman had to dictate a dissenting op-ed over the phone, he was plagued with fear. He described experiencing a panic attack, worrying that the Chilean secret police would arrest and harm his family after eavesdropping on his conversation.

Thankfully, those fears never came true, but American journalist Glenn Greenwald hasn’t been so lucky.  Greenwald is the (in)famous reporter who broke the Edward Snowden leaks, and he spoke on the panel via Skype—an irony he made note of, as the video-calling software is owned by Microsoft, one of the NSA’s most loyal information suppliers.

But there were no other options. A resident of Rio de Janeiro, Greenwald can’t return to the U.S. for fear of being arrested for his NSA coverage. In fact, he’s not travelling at all—and for good reason. This past August, Greenwald’s partner, David Miranda, was detained for nine hours by officials at Heathrow Airport in London. They ultimately let him go, but confiscated his electronics first, claiming to be concerned that he was involved in terrorism and espionage.

Essentially, Greenwald and Dorfman are living proof of the fact that government surveillance is scary as shit. And that’s not just because of dystopian what-if scenarios, where all of us paranoiacs predict a turn towards the terror of Pinochet’s Chile.

It’s because, as Greenwald put it, if you want to challenge the powers that be, “the ability to communicate in private is an absolute prerequisite of that.” Without it, we’re incapable of engaging in dissent.

“The minute you know you’re being watched, the less free you become,” Greenwald said.

He’s right, and the crowd agreed. One audience member, J.L. White, stood up to suggest that we seriously consider impeaching President Obama. And after exacerbating the war in Afghanistan, using drones to kill American citizens, and pumping up the NSA’s surveillance efforts, no one in the room disagreed with her.

But it’s not a hopeless situation. Dorfman expressed optimism, even as he sees alarming parallels between the Obama administration and Pinochet’s.

“They’re going to screw it up,” he said, reminding us that despite all of the surveillance, the government has still been wrong about important events. No one saw the Arab Spring coming, or the Boston Marathon bombing. At the end of the day, our wardens are laughably incompetent.

And while they blunder about, trying to consolidate all the minutiae of our digital lives into something useful, there are tons of people fighting back.

Ben Doernberg is one of them. Another Brooklyn resident, Ben quit his full-time job to organize for Restore the Fourth, a national coalition of grassroots activists agitating against government surveillance. I approached him after the panel, as he stood near the exit, recruiting people to join him in the good fight.

“I just want people to not fall into the trap of just learning more is all you have to do,” he said of the night’s event. “You have to actually do something.”

Will we? It’s hard to tell. With writers self-censoring, journalists and whistleblowers living in exile, and civilians cowering under the fear of terrorism, it’s easy to see how the surveillance state could continue growing.

But Ariel Dorfman, always looking on the bright side, sees hope.

“Fear is contagious, but so is courage,” he said, urging everyone in the room to take a stand.

So what will you do? Tell us in the comments! (Just remember, the government’s watching.)