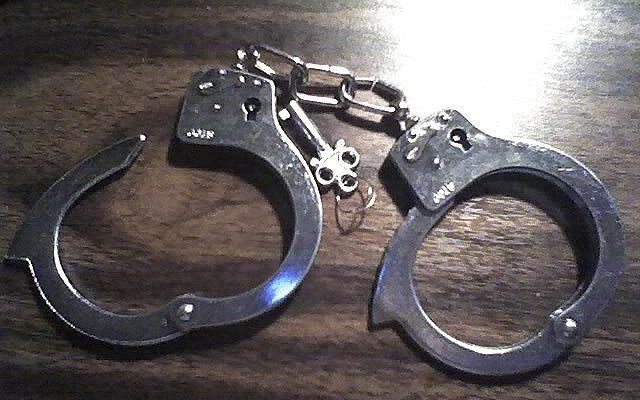 Why Your Rapist (Probably) Isn’t Going to Jail

It’s been a busy few days for rape culture, folks.

This past weekend, the Kansas City Star published a long and revealing feature detailing the story of the Colemans—a family who moved to Maryville, MO following a personal tragedy, only to be driven away months later when their daughter, Daisy, accused a prominent football player of rape. Their house has since been burned to the ground.

That’s right. The rape victim and her family were driven out of town—not the rapist. Despite an overwhelming amount of evidence to support the rape accusations, all of the charges were dropped, and Daisy’s attacker got off scot-free. He’s currently studying at the University of Central Missouri.

The story went viral. News outlets across the country jumped on it, Anonymous picked it up on Twitter, sparking the hashtag movements #OpMaryville and #Justice4Daisy, and a demonstration is scheduled to happen on October 22 at 10 a.m. outside of the Maryville Courthouse. (Are you in Missouri? You should go.)

But, as awful as this story is, it’s not the first time a similar case has hit the Twittersphere. It’s been less than a year since the infamous Steubenville case—and while Maryville headlines have only just appeared, the actual rape occurred earlier in 2012 than Steubenville.

So let’s take a few minutes, and forget about the government shutdown and the debt-ceiling crisis. Let’s take a minute and redirect our focus. Because every time a political brouhaha like this happens, we all tend to get obsessed with the crazies who are throwing a tantrum in the capitol—and we forget that there are a hell of a lot more of them wreaking havoc right here, in our daily lives.

So what happened in Maryville, and why do we care? You should really read that Kansas City Star article—it’s incredibly well written. But, if you don’t have time to read nearly 5,000 words, here’s a quick summary.

Melinda Coleman lived in Albany, NY with her husband and four children. They had three boys and one girl, named Daisy. Then, tragically, Dad died in a car accident. Looking for a fresh start, Melinda moved with the children to Maryville, MO at the beginning of the 2009-2010 school year. At first, everything went well.

Then, one night, Daisy and a childhood friend from Albany went to a party with a group of older boys—senior year football players, to be exact. Once there, they were both raped, while some of the boys took videos. Afterwards, they were returned home, where Daisy was left out in the front yard, drunk and literally freezing, overnight.

There was plenty of evidence to support the rape charges—depositions from the two girls and a number of partygoers, rape kits, and confiscated iPhone videos. But Matthew Barnett, Daisy’s accused, was a Maryville fixture. He was popular, star of the football team, and his grandfather was a former representative in the state legislature.

Simply put, the Barnetts were one of a few key families in Maryville—influential and untouchable—and the Colemans were recent transplants, outsiders. Add that to the frighteningly commonplace practice of victim blaming in sexual assault cases, and you’ve got yourself a recipe for charge-dropping.

And that’s exactly what happened. All of the charges were dropped, allowing Barnett to go on living his life, while Daisy and her family were left to deal with the horror of their own. Melinda was unceremoniously fired from her job. Daisy and her siblings were tormented, harassed, and threatened with physical violence. Ultimately, Melinda decided to move the family back to Albany.

In a not-so-convincing coincidence, their house—empty and up for sale—burned down shortly after. The charred remains have yet to be cleaned up.

But why do we care? This kind of bullshit happens all the time. How is this any different?

It’s not. And that’s exactly why it’s so important.

1 out of every 6 women in the U.S. has been a victim of attempted or completed rape. Every 2 seconds, someone in the U.S. is sexually assaulted. Victims of sexual assault are more likely to suffer from depression and Post Traumatic Stress Disorder, to abuse drugs and alcohol, and to contemplate suicide. And that’s only accounting for the victims themselves—their families and loved ones can be severely affected as well.

Sexual assault is a very, very big problem, devastating the lives of millions of people in this country alone.

But 97 percent of rapists will never spend a day in jail. Matthew Barnett is just one of millions.

To say that this is unacceptable would be the understatement of the year. As a nation that likes to pat itself on the back as the leader of the free world and the harbinger of human rights, this is incredibly disheartening.

After all, if the land of the free and the home of the brave doesn’t take this shit seriously, then who the hell does? Virtually no one, that’s who.

How does our legal system only hold 3 percent of rapists accountable for their actions? How is this the kind of reality that our justice system supports and creates?

I’ll tell you how.

For those of you who aren’t familiar with the term, patriarchy is basically the opposite of feminism.

Or at least, not people who are valued as highly as men.

Patriarchy is what’s at work when women get paid 77 cents to a man’s dollar, or when men offer us their seat on the subway, because ugh my weak lady legs can’t support my body for three stops.

Patriarchy is what’s at work when the Supreme Court can rule in favor of a woman’s right to choose, and more than 40 years later, Roe v. Wade is still legally imperiled by gazillions of restrictions across the nation.

Patriarchy is what’s happening when women work a double, triple, or quadruple shift, and no one raises an eyebrow. It’s what’s happening when the Hate Crime Statistics Act doesn’t include gender-based crimes, because violence against women is so commonplace that to track those numbers would be way too hard, so let’s not even bother trying.

And—say it with me now—patriarchy is what’s happening when a 14-year-old girl named Daisy can get raped, on videotape, by a 17 year-old-boy, and her attacker does not go to jail. Instead, she’s verbally abused, run out of town, and her house gets burnt to the ground. Meanwhile, her rapist happily attends college and writes disgusting Tweets about women and their sexuality.

This shit is awful, and it’s got to be changed.

So come on, good lawyer folks. Get on that.

Hannah R. Winsten
Hannah R. Winsten is a freelance copywriter, marketing consultant, and blogger living in New York’s sixth borough. She hates tweeting but does it anyway. She aspires to be the next Rachel Maddow. Contact Hannah at staff@LawStreetMedia.com.
Share:
Related ItemsFeminismGender DisparityPatriarchyRapeSexual AssaultSteubenvilleViolence