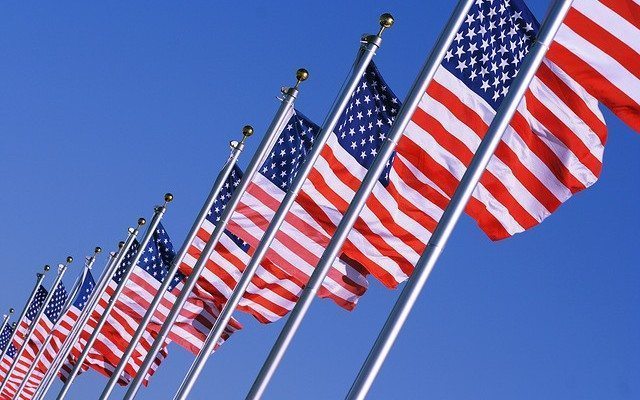 Violence, Religion, and the Need for a 9/11 Day of Discussion

In the wake of the tragic and monstrous attacks on America on September 11, 2001, it is important to continue commemorating and honoring that day, and it is important to keep discussing that day’s stories and contexts. One survivor of the attacks is asking for just that. This year, Greg Trevor wrote an op-ed for New Jersey’s Star-Ledger requesting that September 11 be memorialized as a “National Day of Discussion, where Americans actively seek ways to find common ground across political, religious and cultural divides.” He suggested this as an alternative to 9/11 being commercialized like Memorial Day or rarely brought into mainstream attention like Pearl Harbor Day. America should listen to this survivor and talk about our feelings toward Islam, and our judgments about religion in general.

This summer, the Arab American Institute polled Americans about their attitudes toward Arabs and Muslims. Its key findings include sad statistics: just under half of Americans “support the use of profiling by law enforcement against Arab Americans and American Muslims,” while an increasing “percentage of Americans say that they lack confidence in the ability of individuals from either community to perform their duties as Americans should they be appointed to an important government position.” In the 13 years since 9/11, these numbers have only gotten worse. It’s part of a persistent Western Islamophobia. One Gallup article details this fear that so many in the West have of Muslims. At 48 percent, Muslims are the religious group most likely to feel racially or religiously discriminated against by Americans. There is great concern among Muslims internationally, too, about how the West treats them. Because the terrorists who orchestrated 9/11 were Muslim, a great deal of latent Islamophobic sentiment was released after the attacks. How are we addressing this reaction?

President Obama recently reaffirmed his statement that Islamist extremists, from Al-Qaeda to the Islamic State, are not truly Muslim. Saying that the Islamic State “is not Islamic,” he claimed that “no religion condones the killing of innocents.” Obama has made this claim before, and his predecessor affirmed the same. Less than a week after 9/11, President George W. Bush said that “the face of terror is not the true faith of Islam. That’s not what Islam is all about. Islam is peace.” On the one hand, these proclamations from American presidents are laudable and can do much to temper Islamophobia in the U.S. On the other hand, it isn’t their place to make claims like that about an entire religion.

Let’s get something straight: religion is kind of complicated. There are a lot of religious texts, doctrines, and mandates that condone, value, and encourage violence. This isn’t restricted to Islam. The Old and New Testaments, too, have inspired a great deal of violence. Religions that originated in the East are not free from it, either; this summer Buddhists in Burma again attacked their Muslim neighbors.

Yet peace is prevalent in religious texts, too. Love, compassion, and understanding are fundamental in many religions, Islam included. Both these presidents are Christians, but they were more than willing to paint the over one billion adherents with one broad brush. I do not think that one person of any religion should make a broad claim about each of its adherents. Religion is a complex web of faith that we should be wary of characterizing singularly. President Obama is right in that Islam is a peaceful practice. President Obama is wrong, too, as devout Muslims have looked to their texts for justification of sick violence.

Politically, it’d be preferable if religion could be summed up by either “peace” or “violence” or some other trait. But religion’s complexity, dynamism, and diversity make it interesting, relevant, and beautiful, even. Of course, the aspects of violence contribute in no way to that beauty. Should people use religion as a justification for violence? Never. But to ignore that violence is a part of religion’s history, present, and most likely its future is unfortunately a mistake.

This is why we need a Day of Discussion. This is why we need to talk, learn, and grow. We can’t be prejudicial of Muslims, but we sure can be prejudicial of the terrorists in Iraq and Syria. We have to be mature enough to condemn those Muslims and not condemn all Muslims. Hindsight allows us to condemn the Spanish Inquisitors who persecuted people of other faiths. Those Catholics did horrible things, but we can’t condemn all Catholics or Catholicism generally. Making these distinctions is important, and generalizing is dangerous. If we listen to survivor Greg Trevor and sit down to talk about it a little more, I think we would be on the right path.

Jake Ephros
Jake Ephros is a native of Montclair, New Jersey where he volunteered for political campaigns from a young age. He studies Political Science, Economics, and Philosophy at American University and looks forward to a career built around political activism, through journalism, organizing, or the government. Contact Jake at staff@LawStreetMedia.com.
Share:
Related Items9/11AmericaCatholicismChristianityGreg TrevorIslamMemorial DayNew TestamentNew YorkOld TestamentPearl Harbor DaySeptember 11USAViolence