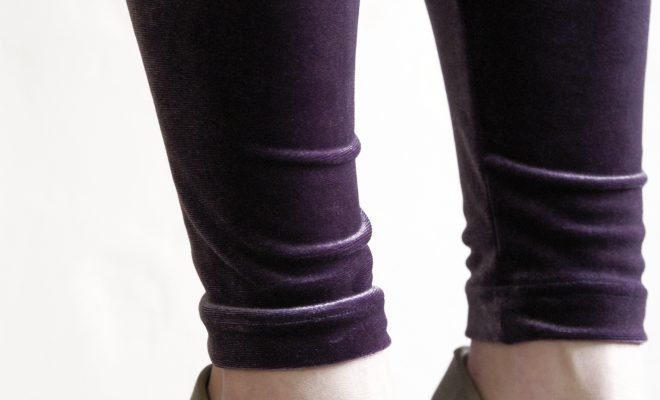 United Airlines is receiving criticism, after it was reported that two young girls were prohibited from boarding a flight because they were wearing leggings. The girls were reportedly traveling from Denver to Minneapolis when three of them were stopped for their outfits. One changed out of the leggings and was let on the flight, and the other two were prohibited from boarding. Shannon Watts, a woman who was boarding a separate flight, tweeted about the incident:

1) A @united gate agent isn’t letting girls in leggings get on flight from Denver to Minneapolis because spandex is not allowed?

2) She’s forcing them to change or put dresses on over leggings or they can’t board. Since when does @united police women’s clothing?

3) Gate agent for flt 215 at 7:55. Said she doesn’t make the rules, just follows them. I guess @united not letting women wear athletic wear?

United responded to the tweets Watts sent, indicating that the girls were in violation of its “Contract of Carriage” which includes a provision that passengers be “properly clothed.” But the concept that adolescent girls wearing leggings is improper sparked outrage on social media.

A 10-year-old girl in gray leggings. She looked normal and appropriate. Apparently @united is policing the clothing of women and girls. https://t.co/RKsIFoE8pq

@shannonrwatts Hey, @united, you know how this ends, right? Images of women in leggings tagging you on social as they fly your competition.

@washingtonpost leggings? Like the ones in your advertisement @united hmmmmm… pic.twitter.com/EfIlBRMlEY

For the record, the girl wearing the leggings was TEN YEARS OLD. Good luck to @united explaining why she looked too sexual.

@united Leggings are business attire for 10 year olds. Their business is being children.

United has since stated that the girls were flying as “pass riders,” which are usually family members of United employees. Apparently, those designated as pass riders are held to a stricter dress code that specifically includes a ban on spandex. A local outlet, 9News, spoke to Jonathan Geurin, a spokesperson for United, about this special pass rider dress code:

Pass riders have a stricter dress code to board. The three people involved in the incident did not meet the criteria for pass riders.

Pass riders are considered representatives of United and that extends to the dress code requirements. Casual attire for pass riders is allowed as long as it is in good taste for the environment.

As an example, Guerin says flip flops are not allowed for pass riders.

9NEWS asked to see the dress code policy for pass riders. Guerin says the information is part of an internal policy and will not be released at this time.

But that concept seems odd–it’s hard to believe that anyone would have mistaken pre-teen girls for employees, or assumed that they represented United just because they may have been related to an employee. United has announced that it’s looking into the policy and the complaint, but many were left with a bad taste by the incident. After all, leggings are normal travel attire for many women–and that’s certainly not the airline’s business.

Anneliese Mahoney
Anneliese Mahoney is Managing Editor at Law Street and a Connecticut transplant to Washington D.C. She has a Bachelor’s degree in International Affairs from the George Washington University, and a passion for law, politics, and social issues. Contact Anneliese at amahoney@LawStreetMedia.com.
Share:
Related ItemsDress CodeFlightsLeggingsSexismUnited AirlinesYoga Pants