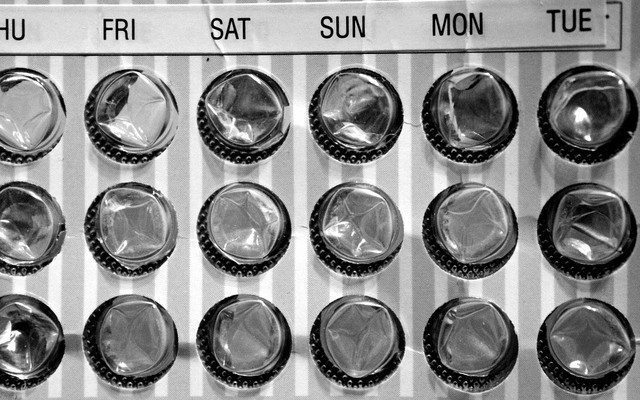 Yesterday the National Campaign to Prevent Teen and Unplanned Pregnancy celebrated National Thanks Birth Control Day, where women everywhere were encouraged to share the reasons why they love birth control on social media. The campaign aimed to dispel myths and raise awareness of all of the benefits of contraceptives, which makes perfect sense because birth control is pretty amazing.

Not only does it help prevent unplanned pregnancy, but it also stops cramps, regulates periods, clears acne-prone skin, and allows women to be able to have sex on their terms. All of these reasons account for why 99 percent of women have used birth control at some point in their lives.  Therefore talking about the subject shouldn’t be taboo or politically polarizing, but rather a celebration of women having power over their ovaries and their destinies!

Here are some of the best birth control shout outs women all across the country had on social media:

#ThxBirthControl for helping me regulate my periods and lessen how long they last each month. Also I enjoy not having babies. — Katelyn (@katelyn0donnell) November 11, 2015

#ThxBirthControl for giving me my life back when endometriosis threatened to cripple it. @bedsider — Tracy L F (@stillsunflowers) November 11, 2015

I get to spend all the energy I would waste on worrying if I was pregnant on writing really fire tweets. #ThxBirthControl — Caitlin Van Horn (@HelloCVH) November 10, 2015

#Birthcontrol means families can plan, women can continue their educations, and kids are born into healthy families. #thxbirthcontrol

Its #ThxBirthControl day! So many reasons to be grateful for contraception. And this sums it up. #bossbride pic.twitter.com/Zv1Z30GGj2 — Charreah Jackson (@Charreah) November 10, 2015

I want to thank birth control for giving me the opportunity to not worry about unplanned pregnancy. #ThxBirthControl #R29xBedsider — Teen Vogue (@TeenVogue) November 10, 2015

#ThxBirthControl for letting me have 2 kids when I was ready and spaced apart! -Amy pic.twitter.com/cCNX3pQTKR

More than 99% of women have used birth control. I love being in good company. #ThxBirthControl — Ashley Rickards (@AshleyRickards) November 11, 2015

Alexis Evans
Alexis Evans is an Assistant Editor at Law Street and a Buckeye State native. She has a Bachelor’s Degree in Journalism and a minor in Business from Ohio University. Contact Alexis at aevans@LawStreetMedia.com.
Share:
Related Items#ThxBirthControlBabiesBirth ControlCenter For Reproductive RightsContraceptivesPlanned Parenthood