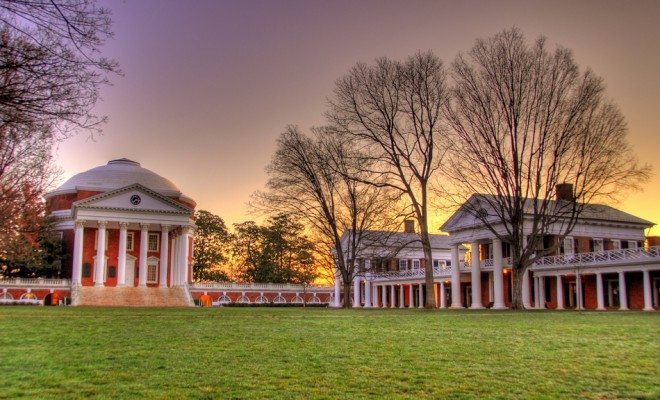 Early this afternoon, Rolling Stone released a post entitled “A Note to Our Readers.” It was a follow-up to a story published last month that took an extensive look at rape culture on the campus of the University of Virginia. Although the story was far-reaching, it focused particularly on a young woman named Jackie who allegedly was gang-raped at a fraternity party. I use the word allegedly because even though I believed Jackie’s story wholeheartedly, Rolling Stone has now retracted the article.

“A Note to Our Readers” was spectacularly vague, and in my opinion, put more blame on Jackie than a nationally known and respected news publication, but that’s almost beside the point. You can read the full retraction here, but here’s the part that stuck out to me. For context, it’s important to understand that Rolling Stone never interviewed or spoke with the men Jackie accused, out of an attempt to respect the fact that she was fearful of them. This is the what Rolling Stone included in its note today:

In the face of new information, there now appear to be discrepancies in Jackie’s account, and we have come to the conclusion that our trust in her was misplaced. We were trying to be sensitive to the unfair shame and humiliation many women feel after a sexual assault and now regret the decision to not contact the alleged assaulters to get their account. We are taking this seriously and apologize to anyone who was affected by the story.

There were discrepancies to Jackie’s account–for example, the fact that she may have gotten the date of the party wrong, and so on. I don’t have the information that Rolling Stone does, and they were clearly being purposefully vague–but “discrepancies” does not render the entire story null and void.

Discrepancies are part of reporting, part of crime, and part of life. Jackie was telling this story after the fact and was relaying a traumatized experience. If she didn’t have discrepancies, I’d be more surprised.

And what people want is tidy little narratives from victims. They want perfect and total recall from shocking situations.

Our legal system doesn’t demand that every little question be answered and correct–I’m going to make an entirely unfair comparison here, but a grand jury in Ferguson, Missouri proved just a few weeks ago that discrepancies in stories apparently mean jack squat. So why would the existence of discrepancies make Rolling Stone pull their story?

There are a couple of explanations. One is that they’re protecting their asses. They don’t want to get sued. They are businesspeople and they are choosing to protect their business, regardless if it means invalidating a quite possibly real and shocking story.

Another explanation is that Jackie lied, and Rolling Stone didn’t catch it. I don’t want to believe this is true. False accusations are rare–exceedingly rare–but they do exist. A study out of Northeastern University estimates them at about 5.9 percent. That’s of course only out of rapes that are reported–there are far more that aren’t, which means that the people who report false rape vs. people who are actually sexually assaulted are really rare. I highly doubt that this was fabricated, but it’s not impossible. There could be half truths too–Jackie could be telling someone else’s story who was too afraid to come out with it. Either way, I can’t say with certainty but I don’t think this was a lie. And honestly if it was, that’s on Rolling Stone too for screwing up their fact checking.

Because at the end of the day, it should be Rolling Stone we’re mad at. This whole thing is going to encourage rape victims to hide, not come forward and tell their story, unless they can remember every damn detail and prove it. It’s going to shift the conversation from the legitimate problem we have with sexual assault in this country to conversations about journalism. This incident is going to be cited by rape apologists and those who claim false rape accusations until those idiots are blue in the face. It’s going to set us back, there’s no way it’s not going to.

Rolling Stone: you didn’t do your job, and now rape victims are going to pay the price.

Anneliese Mahoney
Anneliese Mahoney is Managing Editor at Law Street and a Connecticut transplant to Washington D.C. She has a Bachelor’s degree in International Affairs from the George Washington University, and a passion for law, politics, and social issues. Contact Anneliese at amahoney@LawStreetMedia.com.
Share:
Related ItemsFact CheckingFraternitiesFraternityJournalismRapeRape CultureRolling StoneSexual AssaultUniversity of VirginiaVictim BlamingVirginia