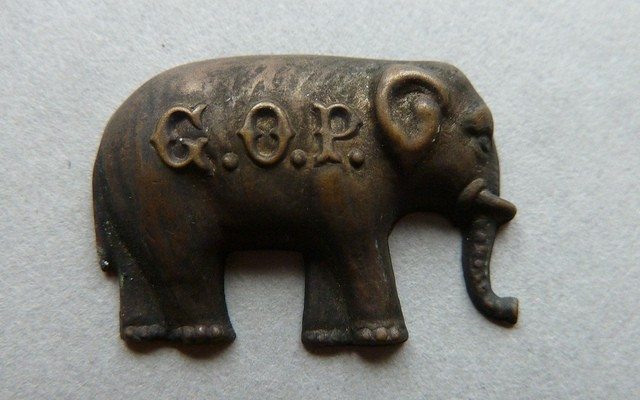 Republicans Really Are People Too

Yesterday I was watching The Five on Fox News and one of the topics was this new ad campaign that some former Mitt Romney “ad guru” came up with that has me feeling all kinds of different things. Another one of the writers here at Law Street got her fingers working on the same topic and I will address a little of what Anneliese had to say about the “Republicans Are People Too” campaign.

I get the message they’re trying to get across here, but I think it was done wrong. We all have a misconception of people we do not know or do not associate with, and this often goes along party lines. There have always been certain stereotypes attached to each party. Republicans and conservatives are typically viewed as heartless, racist, homophobic, gun-toting, war-loving, wife-beating, feminist-hating, uncaring-about-the-poor, mean-spirited, greedy, selfish, intolerant, drunk, one-percenters. Democrats and liberals are often viewed as tree-hugging, abortion-loving, gun-hating, politically correct, unpatriotic, lazy, looking-for-a-handout, entitled, big government-loving people who like to stick racism or sexism into every conversation.

These stereotypes are not true of everyone and that was what Vinny Minchillo was trying to put out there for the world in this ad. But I don’t think he did it the right way. And if he spent $60,000 to create that ad then he needs to get his money back because the supposed use of stock photos is just embarrassing. Not to mention the stuff he points out is just petty and shallow.

The one thing I do love about the ad is the moment when it states “Republicans like dogs and cats, but probably dogs a little more than cats.” It was the playful humor of this moment that made me like the ad. But to feel like you need to tell the world that even people with tattoos are Republicans drives me insane. I have 14 tattoos, I don’t drive a Prius, I do love dogs, and I’m a conservative, too!

Greg Gutfeld had an interesting point on The Five: “This commercial is not the answer. You shouldn’t be saying ‘we’re just like them.’ You should be saying why you’re better than them. You need to focus on why you’re right.” I like the point he makes but maybe not so much about being better than anyone else but simply saying why we think that our opinions and views are just as important and should be just as respected as those of another party.

Which brings me to the petty comment that President Obama made the other day in a speech:

While good, affordable health care might seem like a fanged threat to the freedom of the American people on Fox News, it’s working pretty well in the real world.

Delusions of grandeur come to mind.

Why on EARTH, Mr. President, do you feel like you need to take jabs at Fox News? Are you threatened by the idea that you have not been such a great president and things are not actually working out the way you said they would!? Someone actually took the time to include this little jab in his speech. President Obama didn’t just go off the cuff and use his own wit to make this comment, but a speech writer actually wrote it in for him. When you are on your second term and this is what you and your speech writing team are talking about it is time to hang up your hat! Take a page from the fictional President Josiah “Jed” Bartlet of the West Wing and respect the other party, maybe even include them.

Yes, Anneliese, real Republicans actually use Macs. In fact, I am using one to write this right now! I love all things Apple; the iPhone 6, iPad mini, Apple TV and I even have two Mac laptops and a 27″ iMac. But now I have to wonder if me listing all of the Apple products that I own makes you think I am, yet again, your typical elitist Republican because Apple products are not cheap! I appreciate that you appreciate the fact that Republicans are just kind of tired of having a bad rap.

Now, I agree with Anneliese on the other ads she talks about — they are just horrible! But you can’t fault the party for trying. What’s even better is that the more you talk about these ads the longer they stick around and the more people they reach! So even if it is a ridiculous ad, you have given it the momentum to influence someone it may not have reached before. Or at least get someone thinking.

Allison Dawson
Allison Dawson was born in Germany and raised in Mississippi and Texas. A graduate of Texas Tech University and Arizona State University, she’s currently dedicating her life to studying for the LSAT. Twitter junkie. Conservative. Get in touch with Allison at staff@LawStreetMedia.com.
Share:
Related ItemsAdsAppleFox NewsGreg GutfeldMacPresident ObamaRepublicansRepublicans Are People TooRespectStereotypeThe Five