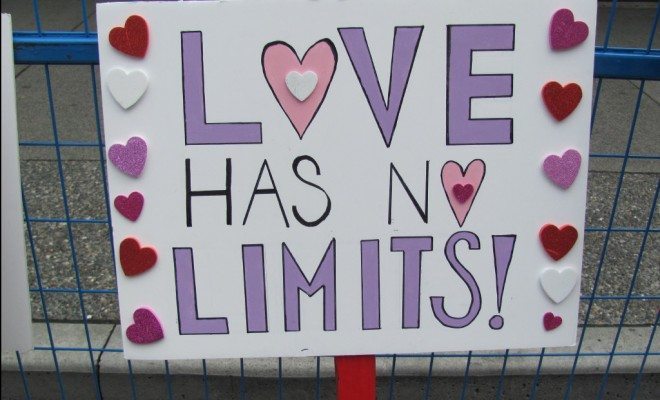 Same sex marriage legalization is rampant across the country. LGBT rights have flittered in and out of the media spotlight–most recently flaring up with discussions over Caitlyn Jenner. But America’s changing attitudes regarding polygamy have been almost as dramatic. Gallup just released a survey showing that America’s moral approval of polygamy dramatically increased nine percentage points from 2001 to 2015. Despite this rise in moral acceptability, many are still confused by the term polygamy, while numerous Americans are paralyzed by the fear of legalizing it.

Polygamy is “marriage in which a spouse of either sex may have more than one mate at the same time.” Often, polygamy is confused with polygyny, which means having one or more female wives or mates at a time. But the Gallup poll used the term polygamy, referring to any marriage in which there are more than two partners. In the poll, polygamy was the issue that saw the largest percent change–going from seven percent acceptance to 16 percent in just 14 years.

All of these percentages show a dramatic change in America’s attitudes towards sex, marriage, and relationships. These are huge shifts in American values, but conservatives have been shouting from the beginning that legalizing same sex marriage will lead to legalizing polygamy–including Rick Santorum and Rand Paul–and it looks like they could be right. The acceptance of same sex marriage coincides with the larger trend of more liberal attitudes toward marriage and sex. This general trend has caused many conservatives to shout louder, warning America of the ramifications of legalizing same sex marriage. One of the larger ramifications they promote is the possibility of legalizing polygamy.

Although polygamy is not legal under federal law, and some states like Utah have decriminalized it, there are a handful of people who practice polygamy quietly by skirting the law. Often, this translates to taking one wife or husband in the eyes of the law and marrying another solely through a religious institution.

In the United States, polygamy is often associated with Mormonism and it is starting to become associated with Islam as well. But another population within the United States has recently taken up this issue as well—feminists. One of the primary arguments revolves around the notion that polygamy is a woman’s choice. It is therefore sexist if criminalizing polygamy takes away a woman’s choice to practice polygamy. As Jillian Keenan makes her feminist argument, she argues against pushing women into a victimized role, stating:

We have a tendency to dismiss or marginalize people we don’t understand. We see women in polygamous marriages and assume they’re victims.

While this argument resonates with the themes of personal freedom and choice, there doesn’t seem to have been any data collected to support this claim. If anything, there seems to be more data mounted against it. For example, many women who have immigrated to this country have arrived to find their spouse married to somebody else. Or sometimes a woman is told that she has no choice but to enter into a polygamous marriage. There are some cases of happy polygamous marriages but there is not enough information in order to legalize polygamy—feminist talking point or not.

While America is experiencing a smaller sexual revolution and refining its attitudes towards relationships, sex, and marriage, there are more perspectives to these issues than just legalization or decriminalization. The opinions are changing, but deciding on how that translates to policy is an entirely differently matter. So while polygamy might be seen as more acceptable, according to 15 percent of Americans, that doesn’t necessarily mean there will be any changes in the law anytime soon.