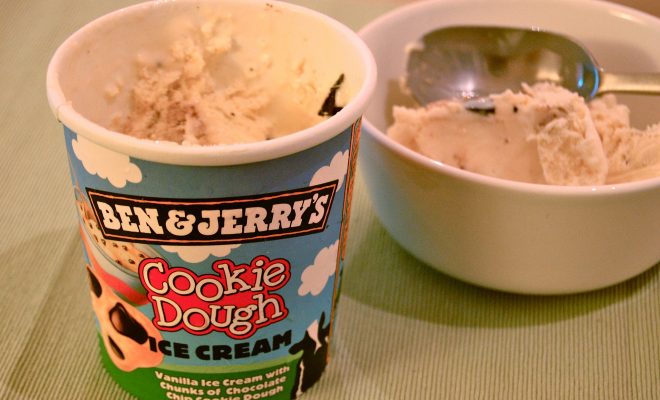 Everyone’s favorite ice cream brand Ben & Jerry’s released a statement expressing its support for the Black Lives Matter movement last week. Now a group of police officers are calling for a boycott of the ice cream.

Systemic and institutionalized racism are the defining civil rights and social justice issues of our time. We’ve come to understand that to be silent about the violence and threats to the lives and well-being of Black people is to be complicit in that violence and those threats.

Most social media users greeted the news with joy.

Why Ben and Jerrys woke af 👏🏾

But the police organization Blue Lives Matter, which was created after the killings of two NYPD officers in Brooklyn in December of 2014, released a statement on Monday urging “all Americans” to boycott the ice cream brand. It said:

The event gave birth to the hashtag #BenAndJerrysNewFlavor and a bunch of suggestions for new flavors in honor of the company’s statement.

He Was Unarmed Dough 🍨#BenAndJerrysNewFlavor

Blue Lives Matter claims in the statement that Ben & Jerry’s endorsement of Black Lives Matter is anti-police and dangerous, because it inspires people to kill police officers by spreading false and misleading information about the police being racist. It said that BLM is not a civil rights group, but a political one, fighting for its own goals such as a disruption of the Western nuclear family structure and tax-paid damages for harms inflicted on black people. They wrote:

By not only attacking law enforcement, but openly supporting Black Lives Matter, Ben & Jerry’s is sure to anger most Americans who do not agree with the political causes that they are supporting.

Ben & Jerry’s is used to speaking up when it comes to supporting causes it cares about. The founders, Ben Cohen and Jerry Greenfield, have previously supported the World Wildlife Fund and Occupy Wall Street. They also supported Senator Bernie Sanders’ presidential campaign and even honored him by creating a special ice cream flavor for him; chocolate mint with the name ”Bernie’s Yearning.”

Emma Von Zeipel
Emma Von Zeipel is a staff writer at Law Street Media. She is originally from one of the islands of Stockholm, Sweden. After working for Democratic Voice of Burma in Thailand, she ended up in New York City. She has a BA in journalism from Stockholm University and is passionate about human rights, good books, horses, and European chocolate. Contact Emma at EVonZeipel@LawStreetMedia.com.
Share:
Related ItemsAnti-PoliceBen & Jerry'sBlack Lives MatterBLMBlue Lives MatterIce CreamPolitical StatementViolence