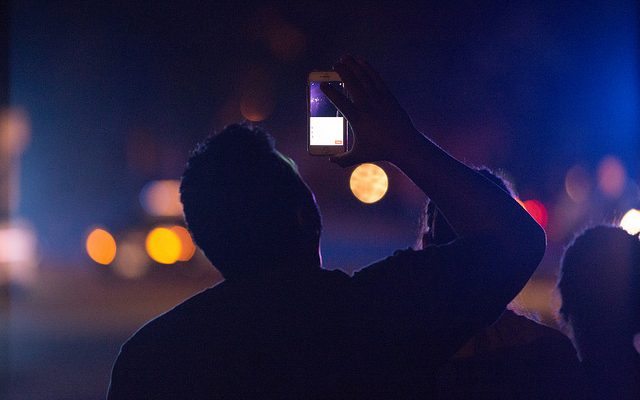 In less than 48 hours, two black men were killed in high profile officer-involved shootings. Just after midnight on June 5 in Baton Rouge, Louisiana, several videos captured Alton Sterling as he was shot multiple times by police who were restraining him on the ground–he was selling CDs outside of a grocery store and he was unarmed. Then in Falcon Heights, Minnesota late last night, Philando Castile was shot multiple times during a traffic stop–his girlfriend live-streamed the gruesome aftermath.

The deaths of these men are hardly unique–in fact police have killed at least 1,083 Americans since Ferguson, Missouri catapulted onto the national news. However, thanks to the video footage during and after the incidents, the American public knows their names.

So rather than explain to you again the importance of the #BlackLivesMatter movement, or discuss with you how institutionalized racism is ingrained in American police forces, or even show you the statistics on police shootings of unarmed black men,  I’ve chosen to fall back. Instead I’ve chosen to provide you with a collection of tweets from the public, politicians, athletes, and celebrities expressing outrage over the shootings.

Because as a young light-skinned black woman in today’s society, it doesn’t matter how educated, critical, or eloquent I am, I will always find myself being categorized by some people under the cliche label of “angry black female.” This label allows people to ignore me, dismiss my opinions, and justify their own ignorance.

But guess what, I am angry! Police senselessly killing black men, women, and children makes me angry.

Therefore, today I will rely on the following qualified individuals–who come from different races, genders, religions, and socioeconomic backgrounds–to explain why deaths like these are not acceptable and can not continue to be scapegoated in America, because #BlackLivesMatter.

America woke up to yet another tragedy of a life cut down too soon. Black Lives Matter. #PhilandoCastile -H

The violence that killed Alton Sterling and Philando Castile has become an all too common occurrence for people of color and IT. MUST. STOP.

The national pattern of lynching black men by ropes or guns must end. We deserve equal protection under the law. #RIP #PhilandoCastile

I’m not sure what to say anymore that I’ve not already said, that others haven’t already said. In these moments we must organize.

Couldn’t even sleep last night… First, #AltonSterling and then this video of #PhilandoCastile being brutally killed. This. Must. Stop.

This IS systemic. We MUST DO BETTER. My heart goes out to the families of #AltonSterling and #PhilandoCastile May they both Rest In Peace.

If all lives matter… SHOW US!!! Prove it! Show us our bodies hold the same value. There is no excuse for the slaughter. None.

He had a right to sell CDs, and a right to due process, but he he was shot for being a black man. Don’t rationalize murder. #AltonSterling

1) In the interest of time, would ye noble patriots please provide a list of infractions punishable by spontaneous public execution? Thanks!

2) Upon receipt of this list, we’ll return to our quarters and study up, eager to enjoy freedoms of white mass murders. #LIFEHACK

3) You chumps will NEVER provide this list… We see through you.

We should not have to jump through hoops to prove black people shouldn’t be shot by police during routine traffic stops.

We have fucking video proof and some of you still are all “well, uh, he shouldn’t have moved his left leg so provocatively”.

This is what lynchings look like in 2016! Another murder in the streets because the color of a… https://t.co/hwdW53AeXg

Went to bed and it’s #AltonSterling. Woke up and it’s #PhilandoCastile. I just can’t put a word to how I feel…

Seriously 24 hours later another black man shot and killed dead by another cop! They said the body cameras were steps in the right direction

#PhilandoCastile is shot over a broken tail light but the stanford rapist avoids prison time since it would “have a severe impact on him.”

This woman reposted an emotional response to the Philando Castile from the perspective of a black female police officer:

Black female police officer speaks out about the Alton Sterling shooting. She spoke with so much passion!https://t.co/0p6XMvOs5b

This man translated his feelings into song:

I write my own songs, but never actually do poetry, but I’m fed up !! 🗣🗣
#blacKKKLottery #blacklivesmatter pic.twitter.com/uuyAvWQhbN

One user even had a suggestion for his fellow black males–wear your personal documents taped to your body:

How we’re going to have to start waking around #PhilandoCastile pic.twitter.com/XuE5ocXbAN

Alexis Evans
Alexis Evans is an Assistant Editor at Law Street and a Buckeye State native. She has a Bachelor’s Degree in Journalism and a minor in Business from Ohio University. Contact Alexis at aevans@LawStreetMedia.com.
Share:
Related ItemsAlton SterlingBlacklivesmatterOfficer-Involved ShootingsPhilando CastilePolice Brutality