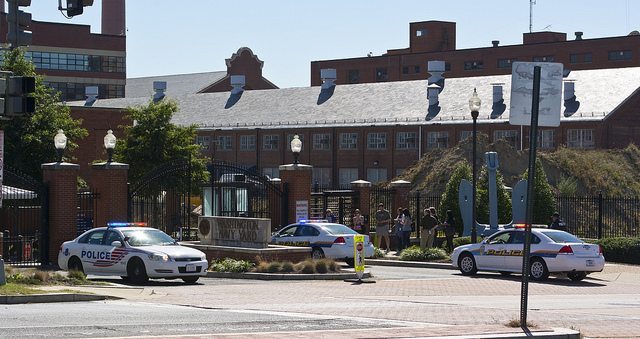 On Monday, September 16, 2013, I woke up to news that a mass shooting was taking place at the Washington Navy Yard, ten miles from my house.  It had been nine months since the last devastating mass shooting had taken place, in December 2012, and I came to the realization that I literally was unable to delve into the minutiae of this attack.  My heart couldn’t take the stress.  And for the first time in a long time, I stayed away from the news.  For three days, I neither watched nor read the papers, and knew nothing of the Navy Yard Shooting (because these events always get whittled down to two or three word titles: Columbine. Virginia Tech.  Tucson.  Aurora.  Sandy Hook.  Navy Yard. ________.  (This last example is for the inevitable next shooting that I end up writing about, since our members of Congress respect the NRA’s dollars more than they do our lives).

Today, Thursday September 19, 2013, I felt ignorant for not knowing the facts around this tragedy.  Here is an event that happened in the city where I was born and raised, in an area where many of my friends live, and I did not know the facts.  So today, I sat down and I read them.  Now I’m angry.

Today I learned that the shooter visited two Veterans Affairs Hospitals in two cities seeking help for mental distress.  Each time he sought assistance, he was told that there was not a problem that warranted official concern. For the record, this is absolutely not a condemnation of the mental health professionals who treated the shooter.  They likely followed the protocols to the letter, and were under constraints due to the restrictions Veterans Affairs’ Hospitals typically encounter.  I also learned that the shooter was given a clearance and entered the building using a properly-issued badge.  I learned that the same vetting company cleared both this shooter and the Fort Good gunman.  I learned that he entered the building with a backpack, went into a restroom, came out with a shotgun, and began firing.

I have a suggestion: a uniform procedure for entering government buildings.  There are some government buildings where a the presentation of a badge is the sole security measure.  In others, though, employees and visitors alike go through the same screening precautions.  Indeed, in the summer of 2011, I interned for the U.S. Attorney in Manhattan.  To get into the building, employees had to pass through the metal detector, even with our badges.  Similarly, when entering the U.S. District Court for the District of Maryland, my bag passed through a security machine every time I entered the building, whether for the first time that day or for lunch. Finally, when I interned for the White House, the security was as tight as one could imagine, no matter what type of badge you possessed.

I also watched a video from the Washington Post where a former Marine told viewers how to react in the event of a mass shooting.  At first I thought, “I will never need to watch this,” but then I realized that it’s probably more beneficial than not.  As a society, we have seen various former safe havens lose their place in our hearts, and come to the realization that we’re not safe anywhere: not in high school, not in college, not in super markets, not in parking lots, not in movie theaters, not in kindergarten, and now not at work.

So I took seven minutes out of my day (less than the time it would take to properly secure all government buildings) and I watched this video.  I felt like I owed it to myself, because every few months we have our sense of safety eroded.  I wanted to learn how to protect myself in the event of danger.

Don’t worry, though: the minute news broke that there was a shooter at the Navy Yard, security was increased at the Capitol, and all House and Senate buildings were locked down.