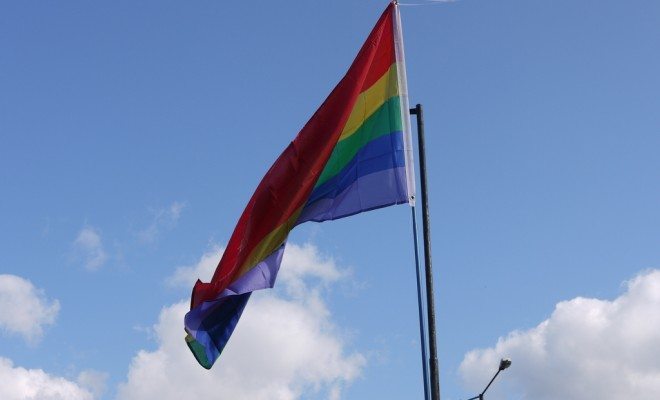 North Carolina just passed a ridiculous new law that makes it impossible for cities and towns in the state to pass their own anti-discrimination laws. North Carolina legislators called a special session this week just to pass this law, after the city council of Charlotte dared to vote for a local ordinance that would ban discrimination against LGBT individuals this February.

Of course, fear-mongering played a big role in why the North Carolina House and Senate were so desperate to pass this bill. One big sticking point was that Charlotte’s ordinance would allow transgender individuals to use the bathroom that corresponds with the gender identity that they identify with. The popular and untrue reaction to relatively innocuous provisions like this around the country has been to raise the alarm that it will be used by “sexual predators” to prey on women and girls in bathrooms and locker rooms.

That claim is essentially an outright lie, as there’s no evidence to suggest that passing non-discrimination laws that allow transgender people to use the restroom that conforms to their gender identity leads to more sexual assaults. States and cities that have passed such provisions have not reported increased instances of sexual assault–police departments from various locales in Iowa, Hawaii, Colorado, Connecticut, Maine, Massachusetts, Minnesota, Nevada, New Mexico, Oregon, Rhode Island, Vermont, and Texas have all gone on the record to say so. According to Vincent Villano, the director of communications for the National Center for Transgender Equality, the organization:

However, the legislators in North Carolina fell for the panic and decided to pass a law that not only ignores what the people of Charlotte want, but could actually cause issues for its schools and public buildings. As David A. Graham of the Atlantic put it:

The student-restroom laws raise other questions, such as how schools might seek to enforce then, and whether enforcement would make schools fall afoul of federal Title IX regulation and thus endanger federal funding. (It would be somewhat ironic if the state’s attempt to preempt cities was itself preempted by federal law.)

So, North Carolina’s reactionary new law accomplishes little besides making it harder to protect people from discrimination. That’s not really a legacy to be proud of.

Anneliese Mahoney
Anneliese Mahoney is Managing Editor at Law Street and a Connecticut transplant to Washington D.C. She has a Bachelor’s degree in International Affairs from the George Washington University, and a passion for law, politics, and social issues. Contact Anneliese at amahoney@LawStreetMedia.com.
Share:
Related ItemsBathroomsLGBTNorth CarolinaTransgender