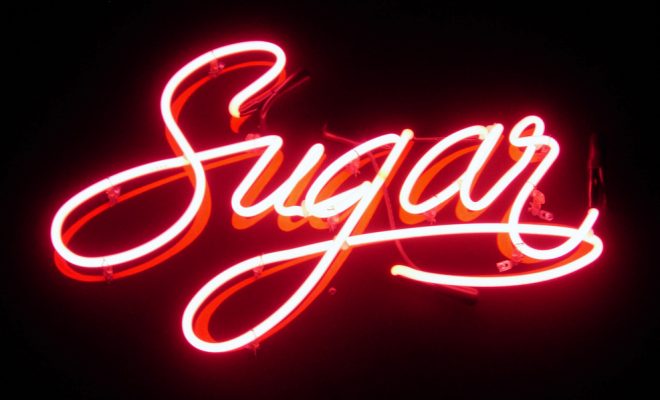 “Let me assure you this is quite what we had in mind and we look forward to its appearance in print,” the “sugar daddy” said to the sugar scientist. In 1967, a top sugar industry group bankrolled research with the goal of debunking claims potentially disastrous for its industry: a sugary diet leads to an increased risk of heart disease.

Dr. Stanton A. Glantz, a researcher from the University of California, San Francisco is the lead author of a new study that analyzes the conflict of interest generated by the partnership. It was published in the JAMA Internal Medicine journal on Monday. One of Glantz’s post-doc students dug up correspondences between the Sugar Research Foundation (SRF) and its research bidders in archives in university libraries, including Harvard and the University of Illinois.

The correspondences–the bulk of which were between John Hickson, top executive at SRF, and D. Mark Hedsted, a sugar researcher–show close collaboration between a huge industry and those doing research on its behalf. Hedsted and a colleague were essentially contracted by Hickson to combat emerging research that claimed sugar increased the risk of coronary heart disease (CHD).

As the research vilifying the key element of his industry (sucrose) began trickling into the public discourse starting in 1962, Hickson grew concerned. In 1964, he proposed his firm “embark on a major program” to counter “negative attitudes toward sugar.” So in 1967, the SRF, now known as the Sugar Association, did just that. Project 226 was launched, paying Hedsted–who later became the head of the U.S. Department of Agriculture–and his colleague $6,500, or nearly $50,000 in 2016 terms, to erase the stigmas attached to sugar.

Their findings were published in the New England Journal of Medicine (NEJM) in 1967: there was no evidence linking sucrose to higher rates of CHD, but there was evidence that saturated fats lead to an increased risk. As research published in a prestigious journal often does, the Project 226 findings went on to shape federal guidelines for sugar and fat consumption for decades to come. Saturated fat was demonized while sugar was regarded as empty calories and a risk for tooth decay, but not heart disease.

Marion Nestle, a nutrition professor at New York University, published an editorial to go along with Glantz’s study: “science is not supposed to work this way. The documents make this review seem more about public relations than science.”

In response to Glantz’s study, the Sugar Association acknowledged the need for greater transparency in research activities, but also said 60 years ago “transparency standards were not the norm they are today.” They added: “What is often missing from the dialogue is that industry-funded research has been informative in addressing key issues.”

It’s still a contentious issue today. At least one recent study shows that sugar, even if it’s not the sole determinant in heart disease, does lead to a higher risk. Saturated fats can also lead to an increased risk for heart disease.

But the inherent problem with the 1967 study wasn’t the science per se, but the conflict of interest that occurs when a vested interest group funds a study in order to back that interest. “Policymaking committees should consider giving less weight to food industry–funded studies, and include mechanistic and animal studies as well as studies appraising the effect of added sugars on multiple CHD biomarkers and disease development,” Glantz and his colleagues concluded.

Alec Siegel
Alec Siegel is a staff writer at Law Street Media. When he’s not working at Law Street he’s either cooking a mediocre tofu dish or enjoying a run in the woods. His passions include: gooey chocolate chips, black coffee, mountains, the Animal Kingdom in general, and John Lennon. Baklava is his achilles heel. Contact Alec at ASiegel@LawStreetMedia.com.
Share:
Related ItemsCHDHeart DiseaseSaturated FatsSugarSugar AssociationUSDA