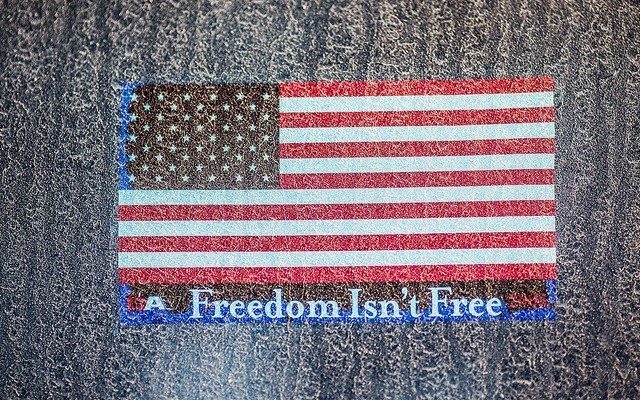 Lately our lives have been beaten down by the constant news about terrorists. It seems like terrorism is everywhere we turn. What happened to the days when we all lived in the nice little American bubble where terrorism didn’t even seem to be a word we could rightly understand? Now it is a word that we use on a daily basis. 9/11 was the starting point of a scary reality for most of this generation and its connection to terrorism. Before that day we could get on a plane and not have to worry about if the person next to us had a bomb in their underwear or constantly wonder and worry about what might happen next. People are unpredictable and you never know what could happen. The security blanket of living in a nation considered a Super Power is no longer there; we walk around with a target on our backs.

Finally our government is getting it together and figuring out what to do to make our world a little bit safer. Even amid all things ISIS at least the government is finally trying to do something. Kudos to President Obama on the airstrikes the other night!

In an effort to deter people from becoming homegrown jihadists, our government has started a pilot program in three cities: Los Angeles, Boston, and Minneapolis. The administration is looking for new ways to intervene in the lives of people who may want to launch an attack on us, even American citizens. The ideas they have put together seem a bit strange and big brother-esque to me, but a necessary evil in terms of protecting the many from the few.

I always think of the film Enemy of the State when it comes to trying to keep an eye on terrorism. What if some innocent person gets pulled into something they aren’t even aware of and the government ruins their entire lives? And once it figures out they aren’t “the guy” it just leaves them alone with a simple apology and they have to to pick the pieces of their life.

How much are we willing to give up to our government in order to be safe? This is something I struggle with all the time because I certainly do not believe in big government, but I do believe our citizens should be safe and protected from harm’s way. Unfortunately there is no right or wrong answer.

Allison Dawson
Allison Dawson was born in Germany and raised in Mississippi and Texas. A graduate of Texas Tech University and Arizona State University, she’s currently dedicating her life to studying for the LSAT. Twitter junkie. Conservative. Get in touch with Allison at staff@LawStreetMedia.com.
Share:
Related Items9/119/11 AttacksBostonCaliforniaDOJJihadistLos AngelesMassachusettsMinneapolisMinnesotaObama AdministrationPilot ProgramPresident ObamaSafetyTerrorism