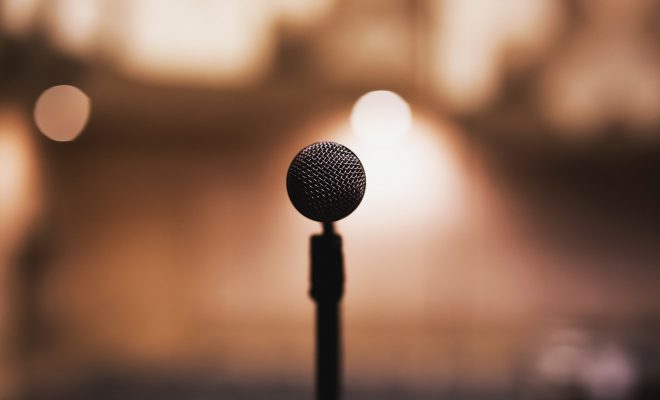 Last month, a video clip of a 12-year-old girl coming out as gay in front of her Mormon church in Utah went viral. Her parents were supportive of her, but her story was interrupted when the microphone was shut off. The church leader then asked the girl, Savannah, to sit down.

After that, a lot of people took Savannah’s side, commending her for her courage and criticizing the church for silencing a child who spoke of something that is so important to her. Last month, she was interviewed in an episode of the Mormon gay podcast “I like to look for rainbows.” Her situation highlights a problem that many people face–how to balance being LGBT with their faith.

But Savannah’s story hasn’t quieted down. Last week, Mormon blogger Scott Gordon criticized Savannah and her parents for giving the speech during the weekly testimony meeting. He wrote that the media is wrongly trying to paint the church leader who interrupted her as the bad guy. Gordon wrote:

This isn’t about whether a girl is struggling with her sexuality, or about how a Church leader handled it. This is a clear case of hijacking a meeting, promoting false teachings, and exploiting a child’s inexperience to create a media event.

Savannah’s mother, Heather Kester, said that those words hurt. But she hopes that in the long run, her daughter’s speech could help bring about some positive change in the church. Savannah said she wanted to support other LGBT Mormons. “There’s been a lot of homicides or deaths, and a lot of them have been kicked out from their house because they have not been accepted by their parents, and that’s really hard,” she said.

The Mormon Church differentiates between “having homosexual feelings,” and acting on those feelings. According to a column on the website of the Church of Jesus Christ of Latter-day Saints, “People who experience same-sex attraction or identify as gay, lesbian, or bisexual can make and keep covenants with God and fully and worthily participate in the Church.” However, as soon as they act on those feelings, they commit a sin.

Last fall, the Mormon Church added a web page to its official website, in support of people that are Mormon and identify as LGBT. But the site still carries the same message; that being gay is wrong. It states that a marriage is to be between a man and a woman and that “will not change,” and warns that sexual desire can be fluid, so that young people shouldn’t rush to conclusions about their sexuality.

Many gay Mormons say this approach is not good enough. As recently as 2015, the church adopted a new policy that said same-sex couples who are married are to be seen as apostates. They could be forced to undergo disciplinary hearings and could be kicked out of the church. Children of a same-sex couple could not join the Mormon church until after they turn 18, and only after moving out from their parent’s home and publicly disavowing same-sex marriage.

This little girl is so brave. 👏🏼👏🏼 I think we can all learn something from her. Great job Savannah. 💜🏳️‍🌈🌈https://t.co/qlaWuYQtsf

“No part of me is a mistake. I do not choose to be this way, and it is not a fad,” Savannah said in her speech. This is a very brave thing to say when you are 12 years old. And she doesn’t seem to regret it, it even though the leader of the church cut her short by switching off the microphone.

“I think they did that because they didn’t want my message,” Savannah said on Wednesday. “I don’t want to be mean to them if this isn’t true, but I felt like they were scared of me and what I was saying.”

Emma Von Zeipel
Emma Von Zeipel is a staff writer at Law Street Media. She is originally from one of the islands of Stockholm, Sweden. After working for Democratic Voice of Burma in Thailand, she ended up in New York City. She has a BA in journalism from Stockholm University and is passionate about human rights, good books, horses, and European chocolate. Contact Emma at EVonZeipel@LawStreetMedia.com.
Share:
Related ItemsChurchGayGay MarriageLGBTLGBT RightsMormonMormon ChurchReligion