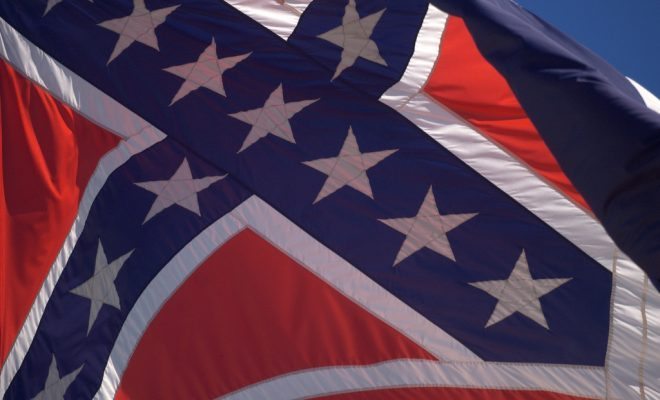 This year on Flag Day people all over the country are gathering to protest a state flag instead of celebrating our national flag. Why are they protesting? For over half a century, the state flag in Mississippi has featured an homage to the confederate flag in its upper left corner and people are not happy about it.

So, in celebration of Flag Day, Mississippians are joining forces to try to bring change to their flag’s design.

At the head of this new flag movement is Aunjanue Ellis, a famous actress from “The Help” and the ABC show “Quantico.” As a young actress, Ellis grew up in Mississippi. She recognizes the dark history surrounding the confederate flag and wants more people to realize that the state shouldn’t be pouring tax dollars into the funding of a flag that commemorates groups like the Ku Klux Klan. As a speaker at the Flag Day rally in Washington, D.C., Ellis wants to spread the message that:

This country presents itself as this beacon of hope and opportunity and equality and race-transcendence to the world. We can’t say that and, ‘Well, with the exception of Mississippi.’

The actress even wore a dress asking President Obama to make a change to the Mississippi flag on a red carpet a few weeks ago in furtherance of her cause.

There are a lot of people behind this cause in addition to celebrities. Mississippi has a higher population of black residents than any other state and is the only state that continues to have confederate symbols on the state flag. Twitter users have taken to social media to promote the rally.

But, of course, wherever there are supporters of one belief there are also critics. Just last week, Congress blocked a measure made by House Democrat Bennie Thompson to ban Confederate symbols from the Capitol. Sons of Confederate Veterans claim that the Confederate flag represents their history, which is why it’s so important that it remains on the Mississippi flag.

As Congressman Thompson put it, as long people in the US and, more specifically, members of the House of Representatives continue to use symbols of the confederacy, they “will continue to sanction and glorify relics of bondage, bigotry and oppression.” It’s time to find something new to represent history. It’s time to let go of celebrating historically racist flags and symbols under the guise of pride in our past. It’s time for Mississippi to finally get a new flag to unify the state under symbols that all Mississippians can be proud of.

Alexandra Simone
Alex Simone is an Editorial Senior Fellow at Law Street and a student at The George Washington University, studying Political Science. She is passionate about law and government, but also enjoys the finer things in life like watching crime dramas and enjoying a nice DC brunch. Contact Alex at ASimone@LawStreetmedia.com
Share:
Related ItemsAunjanue EllisBennie ThompsonConfederate FlagCongressFlag DayMississippi