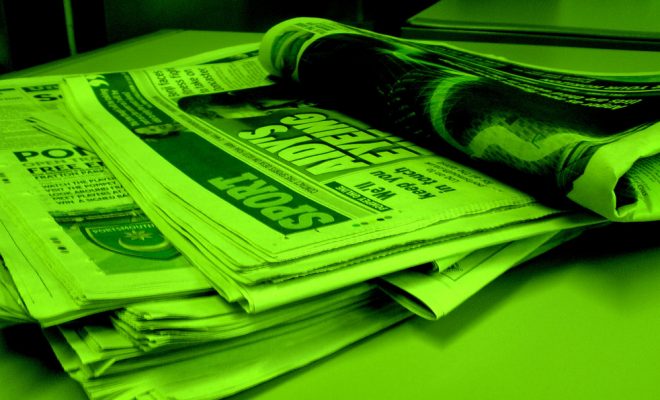 Why Don’t You Like Us?: Media Distrust Hits All Time High, Thanks Trump

American distrust of the media has reached an all-time high. Maybe…after all, I’m writing this while sipping from a Hillary Clinton coffee mug, wearing a Donald Trump shirt, and cackling maliciously, so can you really trust me? But all jokes aside, Americans do trust the media less than they have in recent years–only 32 percent of Americans say that they trust the media “to report the news fully, accurately and fairly,” according to a new Gallup poll.

That’s the lowest level of trust in the media since Gallup began asking the question in 1972, and this year was marked by an 8 percent drop–a pretty sharp one given that the percentage has been hovering at low-mid 40s since 2008. But splitting up that 32 percent by party lines gives us an even clearer picture into who doesn’t like the media right now–conservatives.

So…what changed this year? While conservative perception of the media has long been low–“lamestream media” entered our lexicon sometime in the mid-2000s–this drop is too sharp to just be attributed to normal trends. Instead, it seems like Donald Trump, and his serious anti-media rhetoric may be to blame.

Bloomberg compiled a pretty intensive and deep look at Trump’s attacks on the media via Twitter, showing that he did attack the media more than Clinton from June 2015-August 2016. Andre Tartar stated:

Searching Trump’s roughly 5,000 tweets and retweets since his June 2015 launch for mentions of 25 major media organizations (listed below), Bloomberg Politics found nearly 1,000 examples through Friday morning. Of those, 256 messages were critical, and together they garnered more than 875,000 retweets and 2.4 million likes. Over the same period, Trump sent just 140 tweets attacking Clinton. Those got more than 1.2 million retweets and more than 3.3 million likes.

The media is at an interesting crossroads right now–there’s a lot of questions that both journalists and the American public are now being required to confront on a regular basis. How much should opinion writing be weighted? How awful really is clickbait? How many cat gifs are too many cat gifs?

Spoiler: all cat gifs are relevant. via GIPHY

Media distrust is at an all time high. But is it deserved, or is it another by-product of what is by all accounts a totally insane election year?

Anneliese Mahoney
Anneliese Mahoney is Managing Editor at Law Street and a Connecticut transplant to Washington D.C. She has a Bachelor’s degree in International Affairs from the George Washington University, and a passion for law, politics, and social issues. Contact Anneliese at amahoney@LawStreetMedia.com.
Share:
Related ItemsConservativeDemocratDonald TrumpGallupJournalismLiberalPollingRepublican