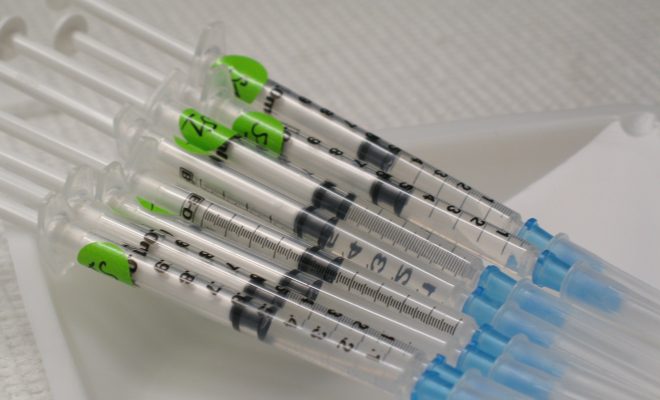 A recent study found that male birth control injections could be up to 96 percent effective in preventing pregnancy. If this research were to be successful in creating a viable new form of birth control, it could be potentially groundbreaking for women, who have largely held the burden of being responsible for contraception.

But don’t get too excited yet; the study was halted prematurely because too many men dropped out due to adverse effects such as “change in mood,” as well as “acne, pain or panic at first injection, palpitations, hypertension, and erectile dysfunction.”

News of this development drew a collective eye roll from women across the internet. Typical side effects of hormonal birth control for women vary greatly depending on individuals and method used, but for the pill, the most common form of contraception, they include headaches, weight gain, mood changes and nausea–just to name a few. Certain types of pills have also been known to increase a woman’s , a dangerous and potentially fatal possible side effect. Other common forms of contraception, including IUDs,  the vaginal ring, and injectable birth control, also carry serious risks.

As might be expected, the reaction online was not sympathetic:

Successful male birth control trials ending due to side effects like depression, mood swings, and acne is LITERALLY A JOKE

when u hear male birth control was discontinued cause it was causing them weight gain, acne and mood swings. pic.twitter.com/n7Ih8DlF0v

The Daily Show also delivered a harsh takedown of the men who dropped out. In response to the fact that the side effects of female birth control were potentially much more serious than those that the men suffered from, correspondent Michelle Wolf quipped, “side effects are the only area where women earn more than men.”

The study still led to discoveries that could open the door for viable forms of male birth control in the future, by showing that an effective contraceptive for males is indeed possible. Also, “despite the adverse effects, more than 75 percent of participants reported being willing to use this method of contraception at the conclusion of the trial.” (So, not all men are weak).

The hope is still alive for finding some usable form of male birth control sooner rather than later.

Mariam Jaffery
Mariam was an Executive Assistant at Law Street Media and a native of Northern Virginia. She has a B.A. in International Affairs with a minor in Business Administration from George Washington University. Contact Mariam at mjaffery@lawstreetmedia.com.
Share:
Related ItemsContraceptionGender EqualityHormonal Birth ControlMale Birth ControlReproductive HealthThe Daily Show