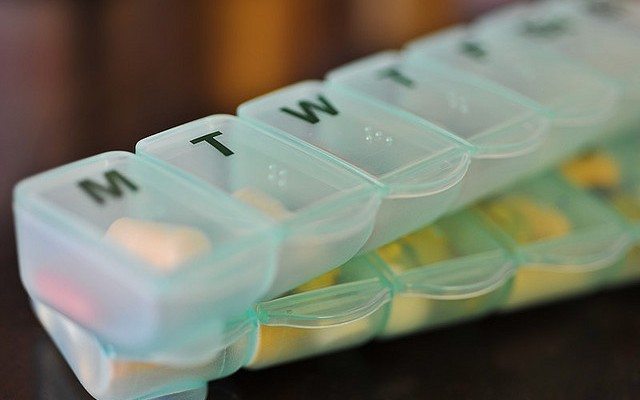 Should women be allowed to take a drug that could potentially increase their sexual desire?

After two previous rejections, the Food and Drug Administration yesterday decided yes, opting to approve Sprout Pharmaceuticals’ female libido enhancing drug Flibanserin, soon to be sold under the brand name Addyi. But before we rejoice the FDA’s approval, lets take a closer look at the little pink pill that people are calling the “female Viagra” to see if the drug’s benefits even outweigh its potential side effects.

Sexual desire varies from person to person, but it’s been popularly decided that when it comes to male and female libidos men are always ready to hump like rabbits, while women require a bit more finesse and can look forward to eventually losing interest altogether. But that’s not really the truth. Sex drive can vary depending on a number of factors, including age, diet, and stress levels, therefore causing some men and women to have much higher sex drives than others. So if you’re a woman, (despite what you’ve been told) there’s no magical quantity of oysters and chocolate covered strawberries that will drastically enhance yours. That’s where this pill comes in.

Unlike Viagra, which combats erectile dysfunction by increasing blood flow to the genitals, Flibanserin targets the components in the brain that contribute to someone’s sex drive. According to NPR, it “shifts the balance of three key brain chemicals by increasing ‘excitatory factors for sex’—dopamine and norepinephrine—and decreases serotonin, which can dampen the sex drive.” But it’s not without side effects.

About women who took Flibanserin were found to experience dizziness, sleepiness, low blood pressure, and increased fainting. Since it must be taken orally every day like birth control pills in order to be effective, any combination of these side effects could have dangerous results for women doing basic daily activities such as driving. The drug also should not be taken with any alcohol or any other central nervous system depressants.

But is the drug even effective?

Well according to the ,

In one clinical trial, women taking Flibanserin reported having an average of 4.4 ‘satisfying sexual experiences’ a month, compared to 3.7 for women getting a placebo and 2.7 before the study began.

Despite these seemingly lackluster results, the FDA’s decision to move forward with the drug may have been motivated by other reasons. Supporters of the pill previously accused the agency of being biased, which it denied, for approving Viagra and other drugs to help men have sex, and not Flibanserin for women. But for those out there saying it wouldn’t be fair for women not to have a pill for sexual desire when men already do, it’s more complicated than that. Viagra doesn’t increase the male sex drive, but rather fixes the “performance issues” preventing said sexual desires from being actualized.

Even though this drug isn’t exactly a Viagra substitute, it does have the possibility to help the number of women out there suffering from loss of sexual arousal. However, the longevity of the drug’s popularity remains to be seen. By granting approval for the drug, the FDA has essentially determined that the drug’s benefits outweigh its potential harm, but Sprout Pharmaceuticals will still have to prove to women that the newly named Addyi is both safe and effective.

Alexis Evans
Alexis Evans is an Assistant Editor at Law Street and a Buckeye State native. She has a Bachelor’s Degree in Journalism and a minor in Business from Ohio University. Contact Alexis at aevans@LawStreetMedia.com.
Share:
Related ItemsAddyiDrug ApprovalFDAFemale ViagraFlibanserinFood and Drug AdministrationLibidoLittle Pink PillSprout Pharmaceuticals