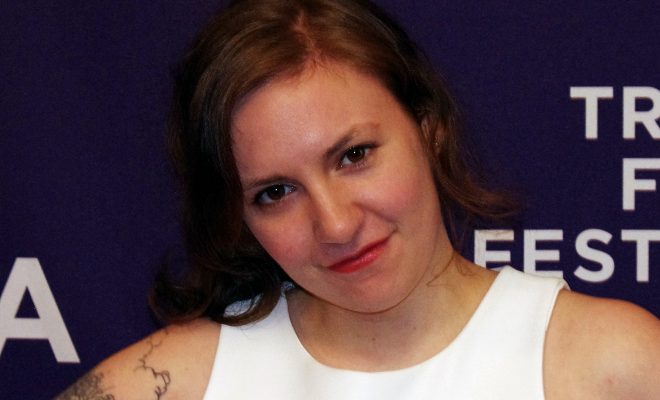 Lena Dunham Apologizes for “I Wish I Had an Abortion” Comment

Self-proclaimed feminist and TV-show creator Lena Dunham has become known for her controversial statements, but the latest one is pretty bad. In the most recent episode of her podcast “Women of the Hour,” she said she wished she had had an abortion. The episode was centered on the issue of abortion stigma and Dunham recounted a visit to a Planned Parenthood center in Texas many years ago. She said that a woman there asked her to join a project with women sharing their stories about abortion. Dunham said in the podcast:

I sort of jumped. ‘I haven’t had an abortion,’ I told her. I wanted to make it really clear to her that as much as I was going out and fighting for other women’s options, I myself had never had an abortion.

Lena Dunham said the statement below, THEN concluded with: “Now I can say that I still haven’t had an abortion, but I wish I had” #Context pic.twitter.com/cfdpzW2FnI

Her own reaction made her realize that even though she was fighting for a woman’s right to choose, her automatic reflex was to make sure people knew she hadn’t had an abortion, as if it’s something to be ashamed of. It seems like her comment in the podcast was meant to highlight that if she had had one herself, she would know on a personal level what she’s fighting for. Or maybe, that there’s nothing wrong with choosing to have one. But her quote, “Now I can say that I still haven’t had an abortion, but I wish I had,” sounded way too literal. As the podcast content spread across the internet, many people reacted with outrage.

@jtLOL Normally I roll my eyes at Dunham’s silliness, but this made me so angry. An abortion isn’t something you get bc it’s “on trend.”

lena dunham treats serious situations as a punchline to her transparent jokes no ones laughing at, then labels it “activism”

On Tuesday, Dunham posted a long status on Instagram apologizing for the clumsy comments. She said that her story was meant to:

[…] tell a multifaceted story about reproductive choice in America, to explain the many reasons women do or don’t choose to have children and what bodily autonomy really means. I’m so proud of the medley of voices in the episode. I truly hope a distasteful joke on my part won’t diminish the amazing work of all the women who participated.

She said that she would never trivialize the emotional and physical challenges a woman goes through when making the choice to terminate a pregnancy. The apology might be sincere and the comments simply a clumsy way of expressing herself, but it’s pretty important to consider how things you say publicly will be interpreted if you claim to be a feminist role model for many young women.

Emma Von Zeipel
Emma Von Zeipel is a staff writer at Law Street Media. She is originally from one of the islands of Stockholm, Sweden. After working for Democratic Voice of Burma in Thailand, she ended up in New York City. She has a BA in journalism from Stockholm University and is passionate about human rights, good books, horses, and European chocolate. Contact Emma at EVonZeipel@LawStreetMedia.com.
Share:
Related ItemsAbortionAbortion RightsLena DunhamPlanned ParenthoodRantsTwitter